Exclusive Experiences for The Open at Royal St George's including tickets, hotels & golf

In light of the R&A’s announcement that the 149th Open at Royal St George’s will now take place in July 2021, our Open Championship Customer Experience Team will soon be in touch with all customers who have a current booking to ensure a seamless transition is made. 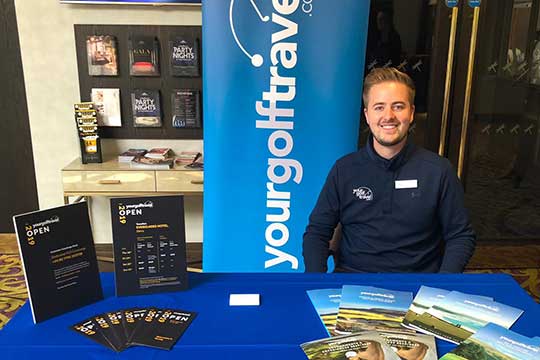 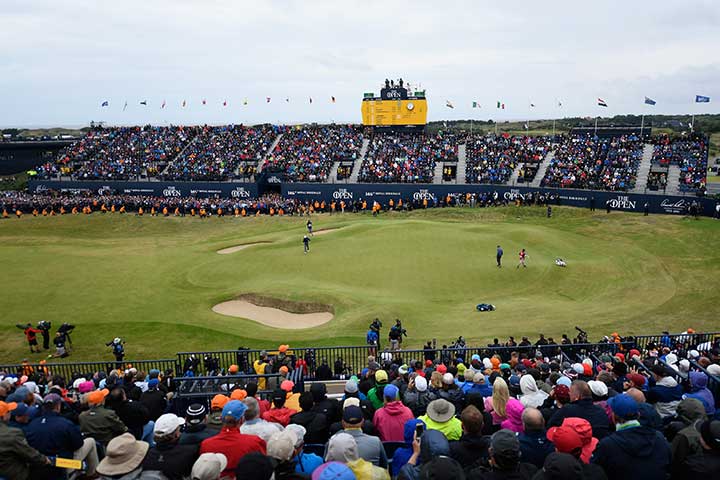 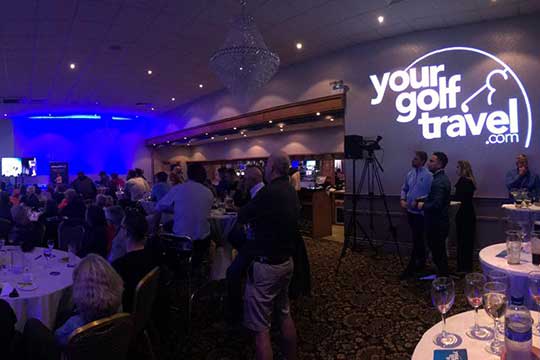 We are pleased to offer a host of experiences for The Open including Tickets, Hospitality, hotels and golf.

Your Golf Travel's experiences for The Open in 2021 are located within nearby locations including Canterbury and Ramsgate.

Hospitality at The 149th Open Championship at Royal St George's

Hospitality experiences at Royal St George's is divided into two tiers and takes inspiration from The Open expert craftsmen.

Engravers and Scorers cater for all tastes and budget by offering unique ways to enjoy the action while adding prestige and personality to the experience. 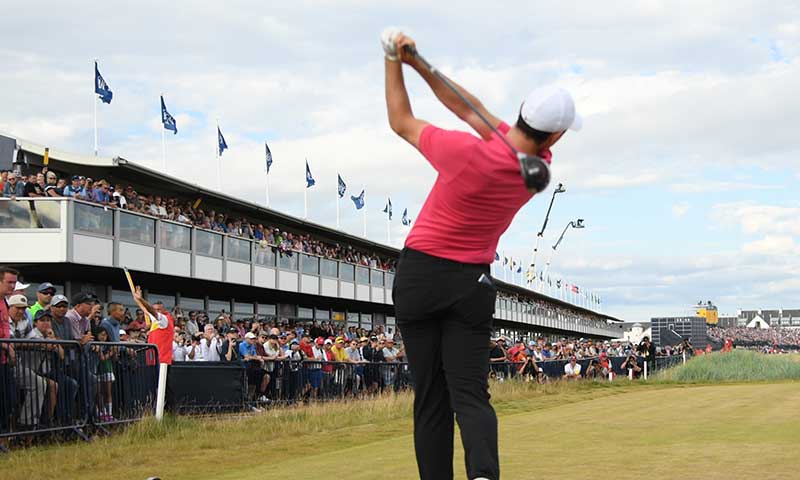 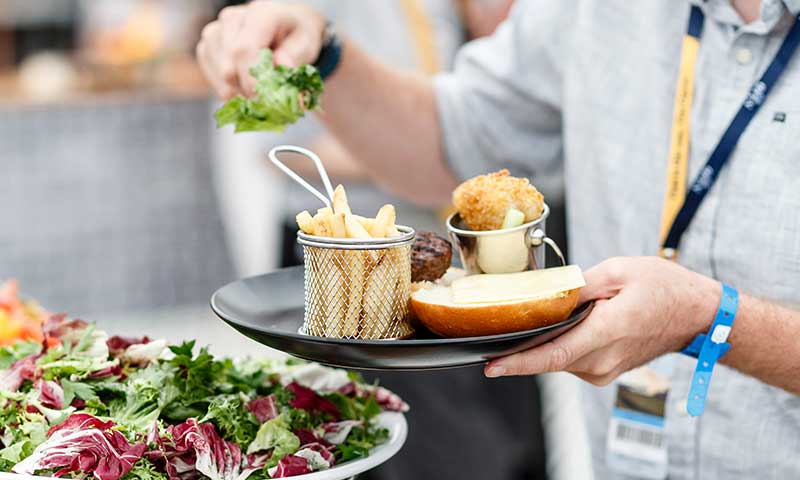 Engravers at The Open

Engravers offers an exclusive and polished experience, situated at the heart of the action overlooking the tricky Par 3 16th hole that cost Thomas Bjørn the 2003 title and where Tom Watson managed an ace in 2011.

You and your guests will be treated to the finest cuisine throughout the day including mid-morning champagne and canapés and a four-course à la carte lunch. 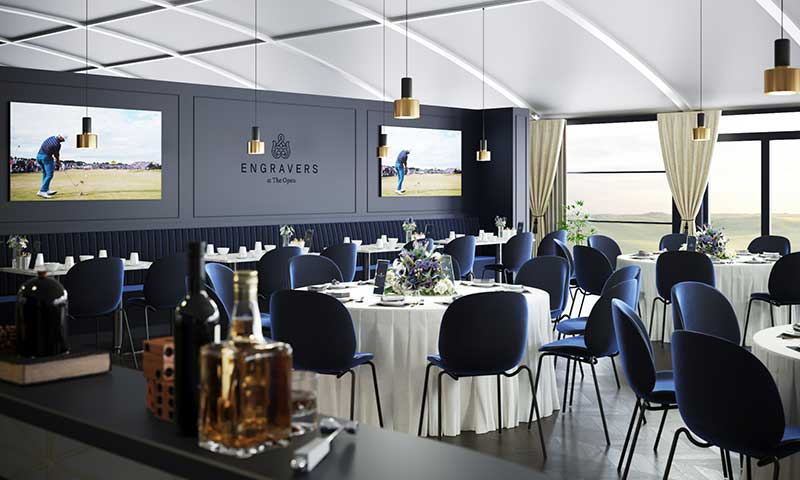 Scorers at The Open

Situated close to the the famous yellow leaderboard on the 18th hole, inside the popular Spectator Village, Scorers offers luxury and relaxation with easy access to the course.

Choose to watch the action unfold on the TV screens in the private garden or upgrade to Scorers Premium for your own private table, available for up to 10 guests per table. 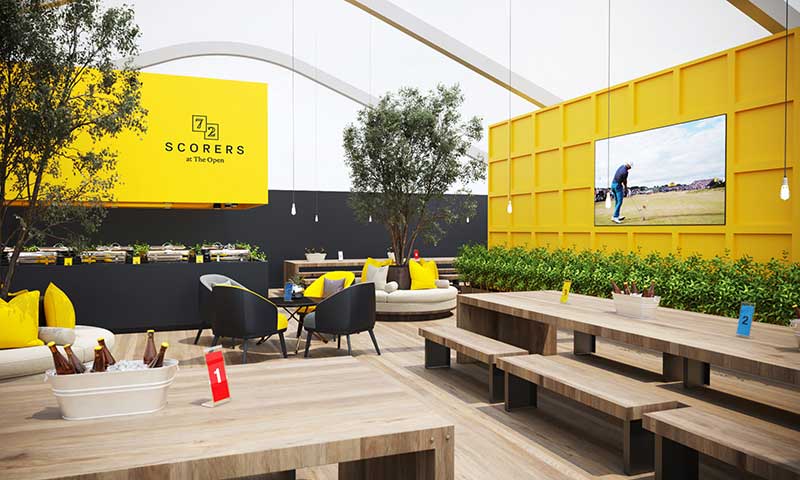 Caddies at The Open

Situated on a lower level private balcony of the Origins Pavilion, overlooking the 16th green, Caddies provides informal style with a comfortable base whilst still offering a host of premium benefits.

The delicious grazing buffet allows the flexibility to watch the action from the course or when hunger strikes watch from the balcony. 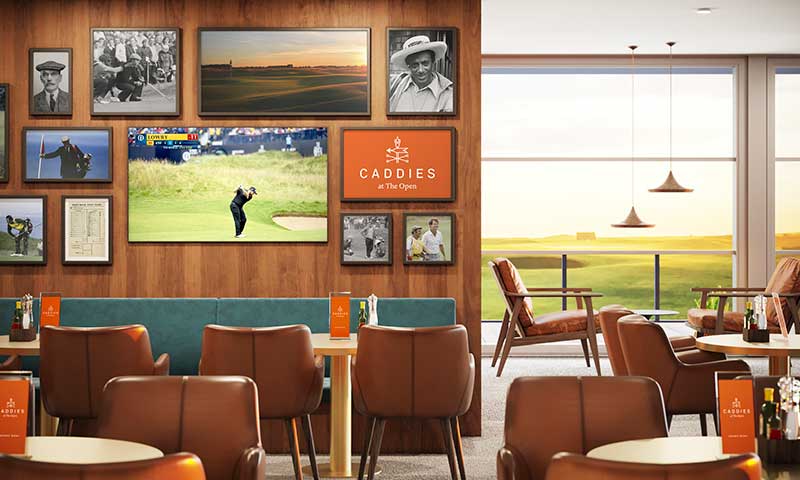 Perched upon the towering sand dunes, overlooking Sandwich Bay, Royal St George’s is a masterpiece of English golf. It seems as though the ground it is built upon was made for spectacular golf courses, with Princes and Royal Cinque Ports, both also Open hosts, flowing over the same dramatic stretch of Kent coast. The layout at Royal St George’s, known by many as ‘Sandwich’, is among the best the best links designs in the world.

Each and every hole on this epic course presents a unique challenge, with a host of features that contribute the character of the place, including the deepest bunker in the UK on the par-4 4th. It is that character that makes both professionals and amateurs alike fall in love with Royal St George’s, undoubted one of the best venues to host the Open Championship. After hosting the prestigious tournament 14 times, the course has become a bucket list play for many golfers and was listed at 22nd on Golf Digest’s ‘World 100 Greatest Golf Courses’ 2018.

As the fourth most used venue in the illustrious history of The Open Championship, Royal St George’s has seen many of golf’s greatest players battle it out upon its legendary dunes. The history of The Open at Sandwich dates back over a century, to when it was first played there in 1894, back then it was known just as ‘St George’s’ before gaining royal patronage in 1902.

Between the two World Wars, in 1922 and 1928, Royal St George’s saw the rise of Walter Hagen, as he came across from America to win the Claret Jug both times. Years later, in 1985, the now historic links witnessed Sandy Lyle become the first Scotsman to win The Open in over 50 years. The next time the tournament came to the dunes at St George’s was in 1993 when Greg ‘The Shark’ Norman won his second, and final, major championship.

The most recent and perhaps most famous Open Championship to be held at Royal St George’s was in 2011. The fan favourite Northern Irishman, Darren Clarke, battled the conditions in Sandwich Bay and managed to maintain his form through all four rounds, leading to a surprising and memorable victory for the then 42-year-old. The world best again head to the legendary links of St George’s in 2021, when it will host its 15th Open Championship.

With our dedicated team of experts to advise, guide and plan your dream Open Experience in 2021, there's no need to lose sleep.

Golf's oldest Major Championship is regarded by many as the most prized title to claim. Since starting in 1860, The Open has been played at 14 different courses ranging from Prince's in Kent, which has held The Open just once, in 1932, to The Old Course at St Andrews which has held a record 29 championships since it's first in 1873. The championship differs from the other 3 Major Championships in that it has always been contested over links golf courses. These fast running layouts can provide huge drama with the requirement for shot making imperative to navigate across the humps, hollows and pot bunkers which line the playing surfaces. The additional factor, which has been associated with many Open Championships, is the Great British weather. Whether this is the incredible events which took place during The Duel in Sun at Turnberry with stunning weather and unforgettable golf by Tom Watson and Jack Nicklaus, or it is the strong winds and rain that tested the world's best against the likes of Royal Birkdale or Muirfield.

With some of the best ever players amongst those who have claimed The Claret Jug, The Open is a tournament woven into the game's rich tapestry. Whether it is Harry Vardon, the man who made the overlap grip so popular it carries his name, with his record 6 victories or the scenes at Royal Birkdale in 1976 which launched the great Seve Ballesteros to the forefront of world golf, there are so many memories and shots that have contributed so greatly to the game's history. Famous golfers who have claimed the title include record Major winner, Jack Nicklaus who not only achieved 3 victories but also a record 7 runners-up spots, or Bobby Jones who in claiming his 3rd Open in 1930 was able to complete the Grand Slam of both Amateur and Open Championship in Great Britain as well as victories in The US Open and US Amateur, this feat has never been matched.