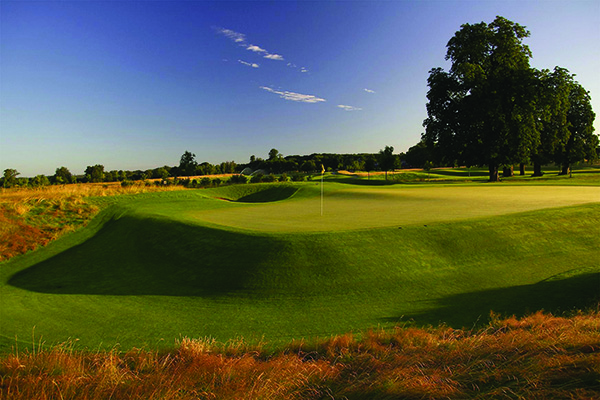 Nine reasons to tick The Grove off your bucket list

When it comes to boutique golfing experiences, few venues can compete with the all encompassing brilliance of The Grove.

Situated less than 20 miles from the centre of London among 300 acres of gorgeous English countryside, The Grove boasts a world-class hotel with all the bells and whistles you’d expect from a 5* resort – and more – plus one of the most immaculately conditioned courses in the United Kingdom.

You may have seen Tiger set the course alight when he romped to victory here in 2006 – now here’s an outward-nine of reasons why you should follow in his footsteps on the Hertfordshire gem.

The course bears the markings of the renowned golf course architect Kyle Phillips, whose previous creations include the epic Kingsbarns Golf Links (which is frequently listed among the top 100 courses in the world) and Abu Dhabi’s stunning Yas Island Links. As a result, The Grove’s intricate design will test every aspect of your game as you weave between beautiful lakes and mature woodland, [ideally] keeping to lush fairways and immaculate greens while avoiding the subtle bunkers. 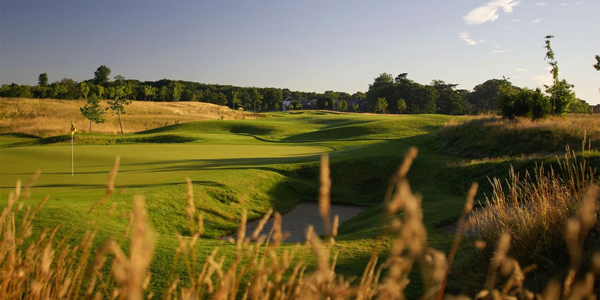 The Grove plays a formidable 7,150 yards off the back plates, however three alternate sets of tees mean us mere mortals can still enjoy a fair round of golf.

There are only a handful of courses in the UK that can boast having hosted the great Tiger Woods. The Grove is among these rare venues, with the former World No.1 capturing the 2006 WGC-American Express Championship here by a whopping eight shots! Tiger played The Grove’s 9th hole (a 567 yard par-5 which played as the 18th for the tournament) in 7-under over the four days, eagling it in each of the first three rounds. Three plaques, all within 20 feet of each other, record where his three drives came to rest and present you with a priceless chance to emulate the feats of one of the greatest golfers of all time. At around 250 yards and 30 feet below the flag, you’ll need to have eaten your Weetabix for breakfast.

3. A superb collection of golf holes..

The standard of holes at The Grove is so good across the board that singling out a signature pick is no easy feat. There are a few highlights; the 3rd is a thriller with a forced carry over the aptly named “Hell’s Lake”, the fairway on the 5th dips away like a crumpled blanket, and the 13th is a beautifully framed par-3 down the hill.  But for my pick of the crop, I’ll nominate the 4th – a gorgeous looking par-3 guarded by a stream which runs right in front of the green. The degree of difficulty is enhanced by a big ridge in the middle of the green which, depending on the pin position, can leave a very tricky putt. You’ll need to be both brave and precise on this exciting little tester.

Kyle Phillips’ intricate design has resulted in many thrilling holes, including the signature par-3 4th over “Hell’s Lake”. Don’t be short!

4. Sample some of the best greens in England…

If you love putting on lightning quick and true-rolling greens, then you will absolutely adore The Grove. You’ll do well to find better putting surfaces in the entire country – and that’s regardless of whether the course has been baking under the summer sun or pounded by rain and winter frosts. After his 2006 victory, Tiger Woods remarked “When the greens are this perfect, you hit good putts and they go in.” That’s not a bad endorsement from a guy who has played the likes of Augusta National and Pebble Beach.

The world-class experience doesn’t end with the golf. With three quality restaurants manned by more than 70 chefs, it’s almost worth visiting The Grove for the dining alone! The top-end option is the 3 AA Rosette awarded Colette’s, a fine dining experience of mouth-watering proportions. Golfers looking for something less formal may opt for a pub-style meal at The Stables Restaurant, or, for something really different, The Glasshouse allows you look on as chefs prepare your food right before your very eyes. 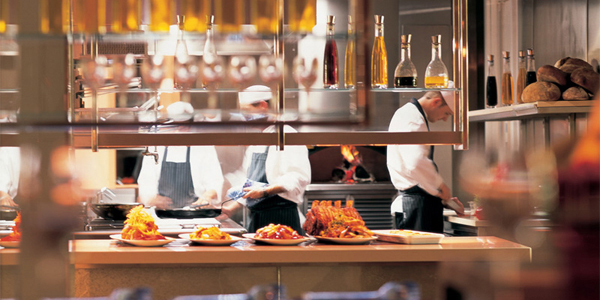 Forget MasterChef – The Glasshouse is a live theatre of cooking, where you can watch a team of chefs perform as dish after dish is freshly prepared in front of your eyes.

Once the golf is done and you’re sufficiently fed, retire for the night to one of the 217 rooms and suites split between The Grove’s phenomenal Mansion House and its chic West Wing. It’s not just on the golf course where you’ll follow in famous footsteps; the 18th century manor house has played host to the likes of Jude Law, Victoria Beckham, Kylie Minogue and even Queen Victoria! Each room at the hotel boasts stylish features including a 42-inch plasma screen TV, Bose iPod docks, complimentary WiFi and even a free daily platter of fresh fruit and water. You’ll certainly feel like royalty on a stay at The Grove … and if it’s good enough for Her Majesty, then it earns the tick of approval from us.

Everything about The Grove oozes class, from the idyllic location; its palatial accommodation and trio of restaurants; to the impressive pro shop and practice facilities; right through to the exemplary service (the gents at the bag drop will take your clubs from the car and clean them). Golfing legend Gary Players sums up the place by saying, “The Grove is without doubt one of the finest facilities I have ever seen anywhere in the world.”

When the scorecards are signed and all debts settled, why not head to the award-winning Sequoia Spa for a bit of R&R? You can nurse those typical golfer’s aches with a body massage, or simply chill out with a stint in the Jacuzzi, sauna or swimming pool. And how about this – The Grove has its own beach! Yes, you read that right. Stretch out on a sun lounger while sipping on a cool beverage, or grab your party for a game of beach volleyball. How many inland golf resorts in the UK can offer that? 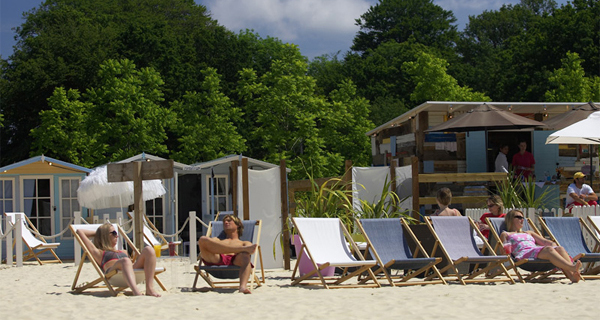 If you’re travelling in the warmer months, be sure to take your sunscreen so you can soak up some UV rays on The Grove’s inland beach.

9. All just a stone’s throw from London…

Getting to and from The Grove is hardly a headache with the course surrounded by major travel links. It’s close to (but still far enough away from) the M25 which is ideal for those travelling by car. Watford Tube Station is just over a mile away, giving train goers an easy 35 minute commute to the centre of London. Heathrow Airport is also within reach, giving international visitors every chance to experience this unbelievable venue.

Click here to view our stay and play packages for The Grove.