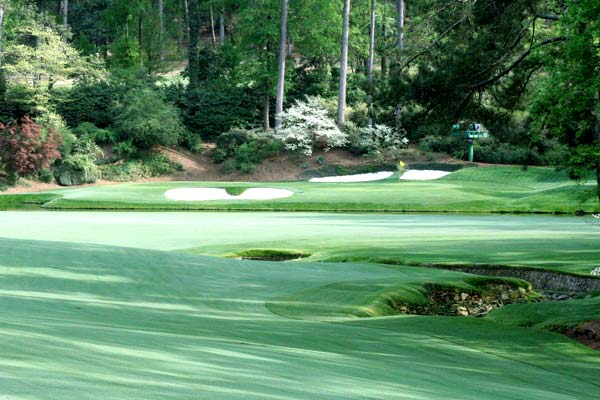 8 Reasons why Greg Norman would NOT have beaten Tiger Woods

Greg Norman is without doubt one of the most talented players ever to walk the fairways. After all you don’t sit atop the World Golf Rankings for 331 weeks without being better and more consistent than the competition you face. Norman also won multiple major championships which puts you in pretty exalted company. However, when you compare yourself to Tiger Woods in terms of prowess on the golf course, you’re placing yourself at a seriously lofty height.

In a recent interview with Golf.com about all things golf, including how he would have fared with modern equipment against the modern day players, the Aussie golf legend favourably assessed his standing against some of the game’s best, including Tiger.

“A lot of people ask how I’d stack up against today’s players if I had use of modern equipment. Listen, it’s not about the gear. Winning is about what’s in your heart and in your head. Equipment dictates how to play the game in an era, but the physical and mental skills are the same. And I had them. I never feared anything or anyone on the course, and I wasn’t afraid to fail. So I think I’d do pretty well against Snead, Hogan, Tiger and Phil — whoever. Tiger’s a tough guy, but I was a tough guy on the course, too. I probably would have beat him.”

That’s a pretty confident assertion and before we continue we’ll put forward a defence for Greg.

1) Comments from any interview can be taken out of context by the reader.

2) Tiger has by far the highest career win percentage in professional golf history (roughly 27%) and even he loses in over 70% of the tournaments he enters. Without a shadow of a doubt, Norman would have beaten Tiger sometimes…and to be fair to The Shark, perhaps that is exactly what he meant.

However assuming that Norman was suggesting he would have bettered Tiger had both enjoyed their prime years on tour at the same time, here are 8 reasons why The Shark would NOT have beaten the Tiger.

1) Tiger had two victories in 1996 to Normans one. Arguably this was during Norman’s prime years and it was Woods’ 1st season as a pro. Tiger only played 8 events that year having turned pro after winning a record 3rd straight US Amateur title.

3) Tiger is one PGA Tour win away from quadrupling Normans’ career total on the same tour.

5) The above point would suggest Norman had issues closing in golf’s biggest events. Tiger has only lost once when in at least a share of the 54 hole lead in a major championship.

6) Norman let a 6 shot lead slip on the final day of the 1996 Masters, eventually losing to Nick Faldo by 5! Tiger has won The Masters by 12, US Open by 15 and the Open Championship by 8…no Sunday slips here!

7) The “Tiger Slam” doubled Norman’s career tally in majors in less than a 12 month stretch.

8) Greg Norman’s most impressive career statistic is arguably the 331 weeks he spent atop the World Golf Rankings. When the clock ticks over into Monday morning, Tiger will have doubled that figure.

To sum up and to borrow (and slightly alter) a phrase from Lee Trevino, “The older The Shark gets, the better he used to be.”