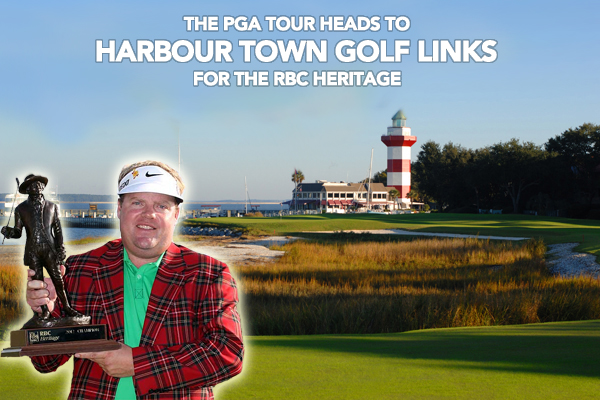 The golfers that competed in The Masters last week have remained on the eastern seaboard and travelled the 135 miles north, from Georgia to South Carolina, to meet up with the rest of the field for the RBC Heritage at one of the most well-liked venues in world golf – Harbour Town Golf Links.

Similarly to The winner of The Masters (where the winner is presented with a Green Jacket) the winner of the RBC Heritage is handed a plaid Tartan jacket.

However the style of jacket isn’t the only difference between these two prestigious golf tournaments. The Masters is played at Augusta National Golf Club, the former home to a vast nursery that is one of the most exclusive clubs in the world. Whereas The Heritage is played at Harbour Town Golf Links, a course open to the public and characterised strongly by the Calibogue Sound on Hilton Head Island, South Carolina (The RBC Heritage is the only PGA Tour event held in the state of South Carolina annually).

The Masters counts the Big Oak Tree, azaleas, Rae’s Creek, white cabins, bunkers and an emerald setting among its attractions. The Heritage has the famous red-and-white lighthouse at the back of the 18th green and the calming blue waves of the waterway. So as you might imagine, it’s a bit of a contrast to the site where The Masters took place last week.

The tournament is always announced by a ceremonial tee shot into Calibogue Sound by the champion of the previous year (this year it was the Swede, Carl Pettersson). A canon is also fired at the same time as the golfer hits the ball into the Sound. 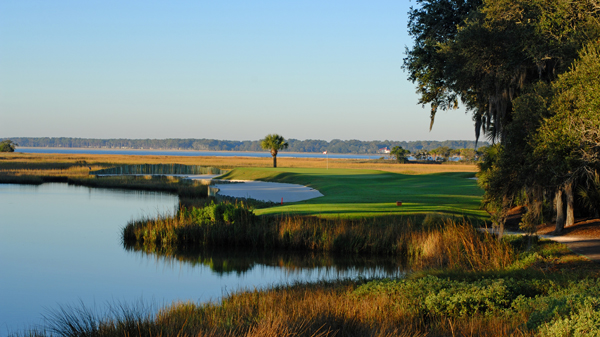 The par-3 17th hole measures 185 yards, and even though it’s not the longest, when the wind is blowing the ball can easily be carried into the lagoon.

Since its opening, in 1969, this Pete Dye design (who worked in close conjunction with Jack Nicklaus) has been ever-present on Tour since, and even though it has always followed The Masters (the first Major championship of the year), the competition never fails to attract a big-name field of golfers.

Harbour Town Golf Links is well known as a favourite of the Tour pros. It was rated the No.2 course by PGA Tour professionals in a Golf Digest survey named “Top 10 PGA Tour Courses” in 2012 – only Augusta National was ranked higher!

Strategically positioned oaks, pines and palmettos border and overhang the narrow fairways, which can meant that players may find themselves without a shot to the green even if they’ve found the short stuff from the tee. For professionals to score well at Harbour Town Golf Links, they must place their tee shots on the ideal side of the fairway so they have a direct approach to the putting surfaces. Brisk coastal winds often buffet Harbour Town, so the breeze can also play a large part in the golfer’s strategy round this fantastic golf course.

However it’s not just tee shots that are challenging at Harbour Town, the small and quick Bermuda greens are notoriously tricky. The breaks are delicate and difficult to judge due to the grain which is present in the Bermuda grass. 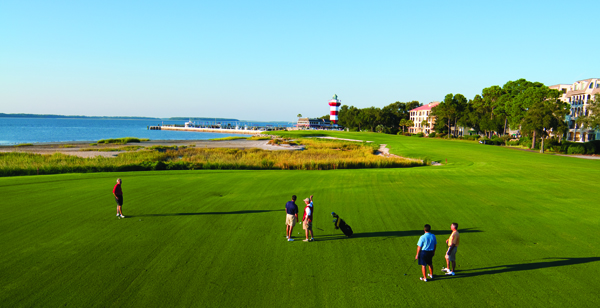 The par-4 18th is generally considered as one of the most difficult finishing holes on the PGA Tour, especially when the wind is blowing off Calibogue Sound.

The course is best known for its closing hole, which is looked over by the iconic lighthouse. The right hand side of the hole is lined with out of bounds stakes and the whole of the left side of this signature hole is guarded by Calibogue Sound, which is often buffeted by brisk coastal winds. Further up the hole towards the green is the red and white striped Harbour Town Lighthouse which overlooks the hole; it can be seen from every part of the hole and is a great target for golfers to aim their approach shots at.

The 18th is one of the most distinguished holes in golf, and to just play it alone is worth the trip to Hilton Head.