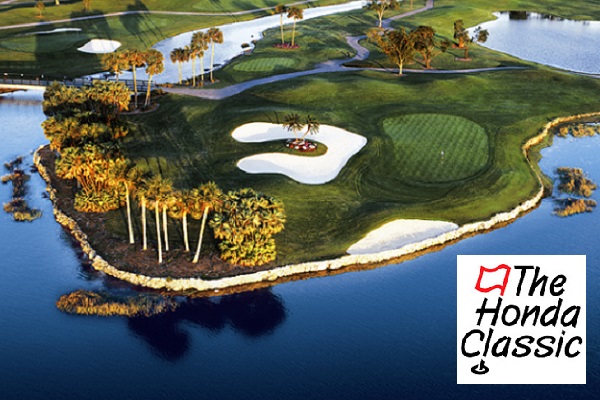 The PGA Tour heads to the PGA National Resort this week for the first leg of the Florida Swing, The Honda Classic. Having picked consecutive winners (George Coetzee at 12/1 and Jason Day at 22/1) the past fortnight, we aim to make it a hat-trick at The Bear Trap…

LAST YEAR: American Michael Thompson scored his first PGA Tour victory with a final-round 69 to top the late-charging Geoff Ogilvy for the title. The 27-year-old prevailed in US Open-type conditions as a strong wind turned the PGA National course into a brutal test. Thompson, who finished the tournament at -9, came into the final round tied at -8 with Luke Guthrie. But where Thompson remained steady, Guthrie stumbled – finishing in third place at 5-under, two adrift of Ogilvy (-7). It was the fifth time in seven staging’s where single digits under par was sufficient to win the trophy.

THE LOWDOWN: The Champion Course will welcome seven of the top ten players in the world (following Justin Rose’s late withdrawal) for its eighth staging of the Honda Classic. It’s a 7,110-yard par 70 best known for the tough three-hole stretch from 15-17 called the Bear Trap, named in honour of Jack Nicklaus who gave the course a major facelift in 2002. The course features 78 sand bunkers and 26 water hazards, along with tight fairways, thick grass and undulating Bermuda grass greens. Last year, a scoring average of 71.318 made PGA National the hardest par 70 on Tour (outside of the majors). This is one beast of a course which is sure to claim plenty of victims this week.

In order to tame the beast (and avoid the perils of the Bear Trap) players will have to stay firstly, dry and secondly, out of the relentless rough. That won’t be easy on these narrow fairways. Accuracy from tee to green and quality ball striking are critical traits here, as well as good lag putting to navigate the contours on the big Bermuda greens.

THE TIP: Zach Johnson (25/1 with Bet365) has arguably played the best golf on Tour this season (perhaps Jimmy Walker aside). The World No.7 beat Tiger Woods in a play-off with an unbelievable hole-out at the Northwestern Mutual World Challenge, before doing something very few players have achieved – going back-to-back – with victory at the Hyundai Tournament of Champions in Hawaii. While Johnson hasn’t played at this event since 2008 (finishing T30) his statistics this year suggest he’s made for this course – he leads the Tour for fairways hit and ranks third for greens in regulation. With the strength of Johnson’s all-round game, I expect him to be a major contender this week.

THE VALUE: It’s only a mistake if you don’t learn from it, and surely Billy Horschel (66/1 with BetFred) will return to PGA National the wiser following his third-round disaster last year. The 27-year-old was right into contention heading into the weekend before a blowout 81 saw him drop out to finish T46. This year, Horschel has started the season in good form, recording several top-25s and a T6 at the Hyundai Tournament of Champions. He made six birdies in 13 holes to thrash Jamie Donaldson 6&5 at last week’s Accenture Match Play, before pushing eventual winner Jason Day to a 22nd hole having led the Aussie by a couple at the turn. A Florida native, Horschel could be set to turn the promising performance at Dove Mountain into something bigger this week.

THE ROUGHIE: If you’re talking horses for courses, then Y.E. Yang (150/1 with Bet365) would certainly consider PGA National among his favourite tracks. The South Korean veteran won this event in 2009, finished second behind Rory Sabbatini in 2011, and his T18 here last year was his best result of the season. Long shot winners have a habit of poking up on this course… perhaps Y.E. can do the same for us this year?