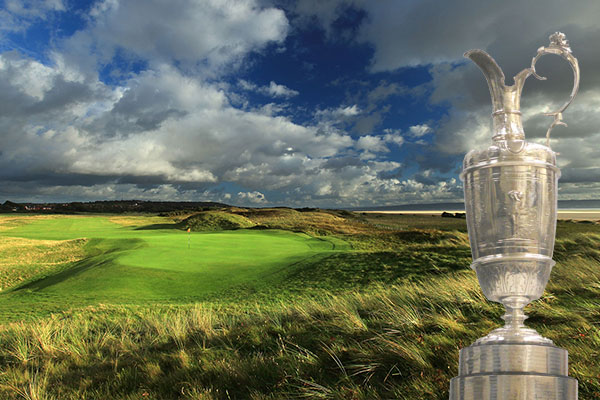 Nine things you need to know about Hoylake

The Open Championship returns to Royal Liverpool Golf Club for the 12th time next week, with scenes of Tiger’s tearful victory there in 2006 still etched in our memories.

But the players who converge upon Hoylake this year will find a very different test to the one they encountered eight years ago, if indeed they were around back then.

The course has been lengthened and tweaked for this year’s championship, not to mention the fact that it’s highly unlikely to play as firm as it did during that scorching summer of ’06.

So what can we expect from the famous Wirral links next week? We take a look at some of the key things to know about this year’s set-up at Royal Liverpool.

A brief lesson in history

Royal Liverpool is the second-oldest seaside links in England (behind Royal North Devon) and was originally built on the racecourse of the Liverpool Hunt Club. The first nine-hole course was laid out by George Morris, the brother of Old Tom. It remained both a horse racing venue and golf course for several years, before the racecourse made way for the golf-only facility we know today as Hoylake. Reminders of that early era remain in the form of ornamental pineapples which adorn posts near the clubhouse (pineapples were often awarded as prizes for winning jockeys), and the aptly named 2nd and 3rd holes – “Course” and “Stand”.

The course at Royal Liverpool is unique in being the only one on the Open rota that uses a different configuration of holes in the tournament to that used by the members. Just as the R&A did in 2006, the 2014 Open will begin on what members know as the 17th hole – “Royal” – and finish on the par-5 16th hole, dubbed “Dun”. The change in order serves two purposes; firstly, to accommodate a grandstand around what will play as the 18th, and secondly, because the risk-reward par-5 should inspire the type of drama befitting an Open finish (although Tiger clearly forgot to read the script last time).

“Royal” – the hole Royal Liverpool members know as its 17th – is played as the opening hole for The Open.

While the course features all the usual traps of a links (namely mounds and undulations; deep pot bunkers and thick heather), the only thing that truly protects it is the weather. According to experienced local caddie Pat Lawton, the course can play “five or six shots different” when the wind whips in off the Irish Sea. However; “If it’s calm, dry and sunny like last time, they’ll annihilate it,” he says.

Should the wind blow off the Irish Sea and across Hoylake during The Open, then expect scores to soar with it.

The course will play 54 yards longer than it did in 2006, taking it to 7,312 yards. On paper, that makes it the second-longest of the nine courses on the Open rota. But as one of only two par-72 courses on the current rotation, it actually plays as one of the shortest. Other changes include:

Royal Liverpool’s four par-5s aren’t exactly beasts (well, not for these lads who belt it 300+ yards for fun). The shortest of them is just 528 yards, while the longest – the 577-yard 16th – plays downwind and is rated the easiest hole on the course. Each represents a terrific opportunity for birdie and playing the quartet in -3 or -4 may well prove a “par score”.

Despite being the longest hole on the course, the Par-5 16th averaged just 4.36 during the 2006 Open. It will be a key scoring opportunity for players again in 2014.

At 202-yards, the 6th hole is the longest par-3 on the course and also rates as the toughest. A long and narrow green is well protected by three bunkers, all of which are small and deep enough to wreak havoc on a round.  Such was certainly the case at the 2006 Open, when the 6th produced more double bogeys than any hole on the course. According to the Royal Liverpool website, the tip is to take an extra club and aim for the right hand side of the green – “the extra club will help carry the cavernous bunker on the front right of the green and natural slope will swing the ball back towards the hole.”

The three deep bunkers which guard the par-3 6th will cause their share of headaches for players next week.

Most agree that the dogleg left 14th hole is the finest of the Wirral links. The longer hitters can try to carry the bunkers which guard the corner of the hole to shorten what is a demanding second shot. The steep fall off to the right of the green will punish even the slightest of push. You may remember Tiger nailing a 209-yard 4-iron for eagle here in 2006, when the hole played as the second hardest on the entire course. Good luck trying to replicate that.

The signature 14th hole at Royal Liverpool is known as “Hilbre”. While players contemplate the line of their putts, they’ll do well not to be distracted by the stunning views towards Hilbre Island and North Wales.

When Tiger won here in 2006, he famously hit just one driver all week en route to capturing the Claret Jug. Realising during his practice round that you simply had to avoid the bunkers on a rock-hard Hoylake to score well, Woods employed a simple, yet effective strategy: take the bunkers out of play by laying up short of them off the tee. Woods stuck to his guns, even when it meant playing his approach shots from 80 yards behind his playing partners. And the strategy worked, as he staved off the challenge of Chris DiMarco and put a gap to the rest of the field. Conditions won’t be anywhere near as hard or fast this year, so it will be interesting to see what tactics both the former World No.1 and his contemporaries employ off the tee.

Last time around, some 230,000 spectators graced the hallowed turf at Hoylake during Open week, which remains the highest attendance to date at an Open staged in England. Will that figure be eclipsed next week? Probably not, however fans who do turn out can score one of the 7,000 seats in the massive new “horseshoe” stadium which envelopes the 18th hole. In all, the stands across the course hold a total of 20,000 people, with a myriad of other great vantage points to take in the action.