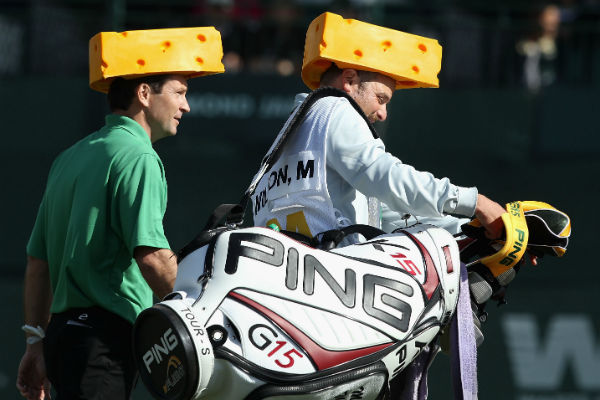 The Phoenix Open – the craziest golf tournament in the world

By Richard ForresterJanuary 31, 2015No Comments

Fans – and there are a lot of them – like to call it the Greatest Show On Grass. Certainly there is nothing like the Waste Management Phoenix Open, which began on Thursday and finishes on Sunday, anywhere else in the world of golf.

Always held to coincide with Super Bowl weekend, the Phoenix Open boasts the biggest crowds in golf by some distance. Last year’s Saturday attendance was a PGA Tour record at 189,722 (beating the record set the year before at Phoenix of 179,022). Over the week, more than half a million spectators cram into the TPC at Scottsdale and make a hell of a racket.

Prime destination is the amphitheatre of the par-3 16th hole, which is a seething mass of beer and cheers. Every single tee shot gets the full ‘Get In The Hole!’ treatment and very occasionally, someone obliges. Most famously of all, a young Tiger Woods holed in one here in 1997 amid scenes of bedlam never witnessed before nor since on a golf course. Wonderful stuff. Chunky Aussie Jarrod Lyle aced here in 2011 and while it did not provoke tiger-like madness, it’s doubtful he’ll ever forget the noise.

The caddies get in on the act at 16 too, having races to the green once their players have teed off. Truly, this is madness.

Players bring sweets to throw into the crowd (despite being told not to by the tour).  A couple of years back, mild-mannered Irishman Padraig Harrington pulled an American football from his bag and booted it into the crowd. It’s the only tournament where the official rules for spectators have to remind them not to bring fireworks into the course.

There are plenty who look down their nose at the blue-collar brigade at Phoenix but it’s an indisputable fact they create an atmosphere like nothing else in golf.

Play the TPC at Scottsdale here