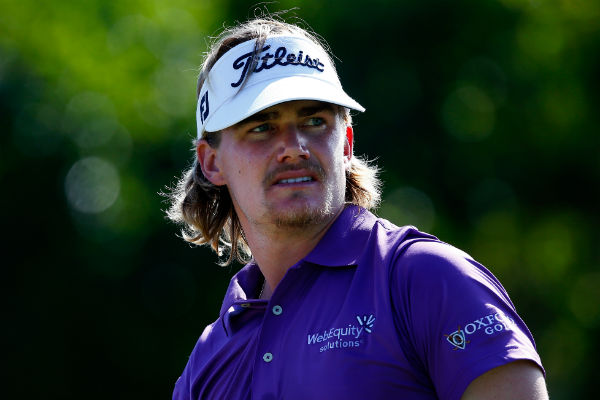 By Richard ForresterNovember 2, 2015No Comments

If you have watched the film Happy Gilmore and play golf then you have almost certainly attempted the “happy gilmore” tee shot.

But most of us would have tried it out on the driving range or having a casual round with our mates. We wouldn’t dare do it in a tournament, right?

Well John Peterson, a 26-year-old American professional, was in last place at the CIMB Classic on Sunday. With nothing to lose, he produced the unimaginable and, as nonchalant as you like, walked up to the ball and ripped it down the fairway.

.@JohnPetersonLSU going Happy Gilmore off the first tee and shooting 6 under. #TFMpic.twitter.com/LQG2NaVut4

Except it wasn’t down the middle, it went into the pond but he still made a par.

If anything, Peterson should play with no pressure more often after he ended his round with an impressive 66.