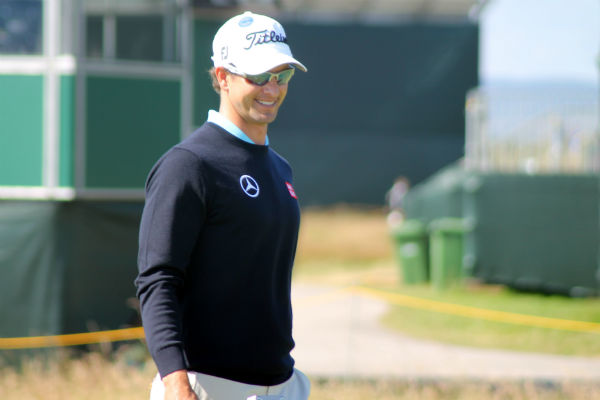 Adam Scott has already enjoyed and endured more highs and lows in his career than most golfers will experience in a lifetime. He rose to No.1 in the world for the first time between May and August of this year and won The Masters in 2013.

The Australian hasn’t always enjoyed such success however, most notably in 2012 when he threw away a four shot lead with only four holes to play in the Open Championship at Royal Lytham & St Anne’s.

With the 34-year-old looking to add to his first major title win heading into the new year, we look at 10 facts that you may not know about the man born in Adelaide.

1- He became the first Australian to win the Masters in its 77-year history in 2013, achieving a feat that fellow countryman and legend Greg Norman failed to. Norman came close on three occasions but had to settle for second best in 1986, 1987 and 1996.

2-  He is the first player to win the Masters with a long putter. Many have argued for and against the long putter but Scott used it to his advantage at Augusta by sinking a 20-foot putt on the final hole to force a play-off against Angel Cabrera and then holed another from 15-foot to win the tournament.

4 – In 2004, he became the youngest golfer ever at the age of 23 to win the Player’s Championship, considered by many to be the ‘fifth major’, with a one shot lead over Padraig Harrington.

6 – His recently retired caddie, Steve Williams, who was by his side when he won the Masters, used to be Tiger Wood’s caddy and helped him win 13 major titles.

8 – In 2005, he established the charity Adam Scott foundation in Australia and expanded it to Asia in 2008 that provides support for causes that effect youth.

9 – Scott moved to Queensland at the age of seven and being next to the beach, he instantly found a love for surfing. In his spare time he will most likely be out at sea catching waves.

10 – Just days after winning The Masters, he had a secret wedding in his back garden with Swedish wife Marie Kojzar.