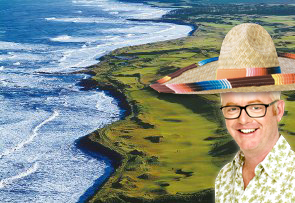 Life must be pretty sweet for Radio DJ Chris Evans right? What with getting paid handsomely for chatting to folk on the radio, owning flashy cars, eating out at the finest restaurants and occasionally joining the likes of Rory McIlroy, Luke Donald and Ernie Els on some of the best golf courses in the world at tournaments such as the Alfred Dunhill Links Championship in Scotland.

Well life WAS pretty sweet up until he got the call from the powers that be to let him know that he had been banned from the vent…for life!

You may think that a lifetime ban from a golf event would mean he had done something that is just not acceptable in the golfing world but no…he has been handed his ban on the back of being accused of being a bandit!

The St Andrews Old Course needs no introduction…simply a must for any serious golfer!

Evans won the 2011 Dunhill Links Championship – a European Tour event played over three of Scotland’s finest golf courses, the St Andrews Old Course, the feared Carnoustie Championship Course and the mighty Kingsbarns, that sees celebrities team up with the pros to compete for a team title – with Nick Dougherty and among the applause there were rumblings of discontent.

Evans plays off a handicap of 10 which organisers and fellow competitors clearly feel is too high considering his ability on the golf course. When you consider the pair finished on an impressive combined 40 under par you may start to think they have a point! However with the leading professional finishing on 22 under all by himself perhaps an additional 18 shots under par in a better ball format isn’t all that suspicious. 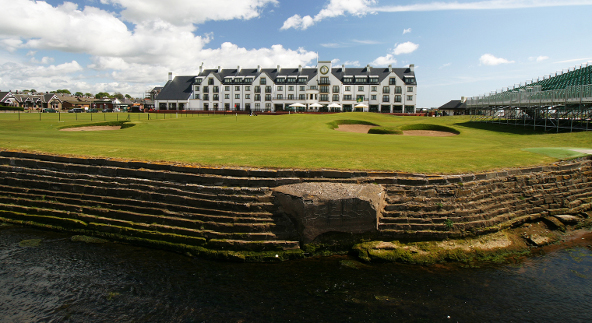 The Championship Course at Carnoustie is one of the most difficult in Scotland…are you up to the challenge?

Evans said this weekend: ‘Sadly, I will not be defending my title this year. Why? It transpires I’ve been barred for life.

‘I could go into why but frankly it’s all a bit of a bore. Suffice to say, if we were kids in the playground, the boy who owns the ball just took it home in a huff because his team didn’t win.

Celebrities such as actors Michael Douglas, Hugh Grant and Samuel L Jackson regularly participate in the event which is seen my many, along with the AT&T at Pebble Beach to be the most prestigious pro-am in the world. Although the A-listers certainly add some glam and a sense of fun to the event, it is the courses which are the stars of the show. 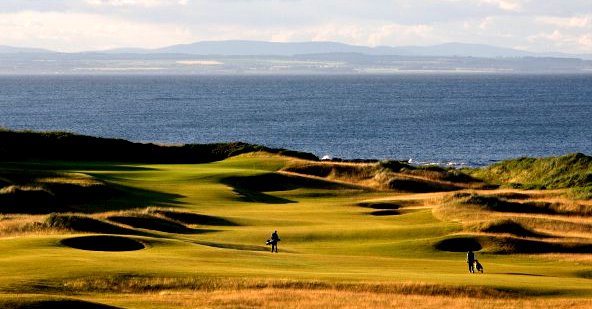 Kingsbarns is the youngest course on in the Alfred Dunhill Links lineup but in its relatively short existence it has garnered quite a reputation.

This is not the only case of a golfer being accused of being a bandit, with golfers up and down the UK no doubt being questioned every time they have a good day on the golf course. Remember folks, every dog has his day…perhaps a handicap adjustment would have sufficed?

For information on Scottish Golf Breaks and other UK & Ireland Golf Holidays please visit www.yourgolftravel.com or call free on 0800 043 6644.