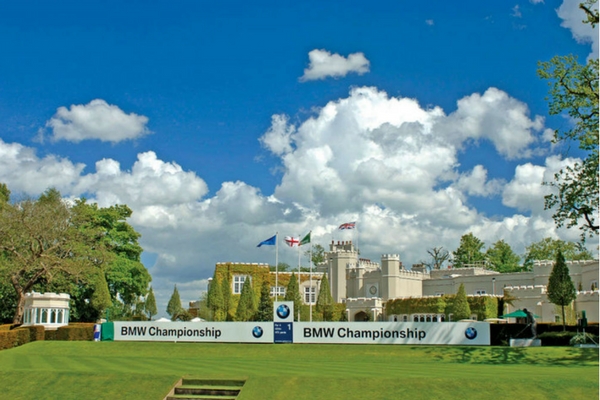 After a sunny week at Verdura Resort in Sicily, the European Tour now returns to the UK for the BMW PGA Championship, held at Wentworth Golf Club. This tournament is the European Tour’s flagship event, and also one of the most popular events in the calendar attracting a star-studded including the likes of McIlroy, Stenson, Rose, Westwood and Willet. Our very own YGT Rory is at Wentworth today, so be sure to tweet him, and you never know he may even be around for a pint or two.

A look back at the 2016 BMW PGA Championship

The 2016 BMW PGA Championship was won by Englishman Chris Wood but it went down to the wire with Chris winning only by 1 shot ahead of Sweeden’s Rikard Karlberg. The 2016 Masters champion was also in contention finishing 3rd at 7 under par. By winning the BMW PGA, Chris took home a huge cheque of €830,300, his biggest ever in professional golf. He also lept up the Race to Dubai list and secured his spot for the 2016 Ryder Cup team.

Throughout the year Wentworth’s West Course has undergone a huge makeover with an investment of £5 million in order to make the championship more exciting for fans and golfers. The renovation programme was overseen by Ernie Els, European Tour design and an advisory board of European Tour members including Thomas Howell, Paul McGinley and David Jones. The renovation included relaying all 18 greens, removing 29 bunkers around the course and installing a brand new sub air system.

What is new at the 2017 BMW PGA Championship?

This year marks the first time, the BMW PGA Championship will form part of the brand new Rolex Series, the European Tour’s equivalent to the PGA Tour’s FedExCup. It is regarded as one of the biggest developments in European Tour history with all tournaments in the Rolex series committing to a minimum prize fund of £7 million and also a high profile playing field and that is no different this week, with 9 players from the 2016 Ryder Cup team in action.

Other developments at the BMW PGA this year, include music on the range. Each player will be asked to contribute their favourite song in order to make the ultimate European Tour playlist that will be played through the impressive speaker system on the Wentworth range. The music does not end at the driving range, it has been confirmed that indie band Kaiser Chiefs will be closing the curtains at the BMW Championship come Sunday evening in the tournament village.

There will also be a new first tee experience with hosts Chris Hollins and Martin Bayfield introducing the players to the tea, while passing over to Alistair Scott, the European Tour’s official starter. 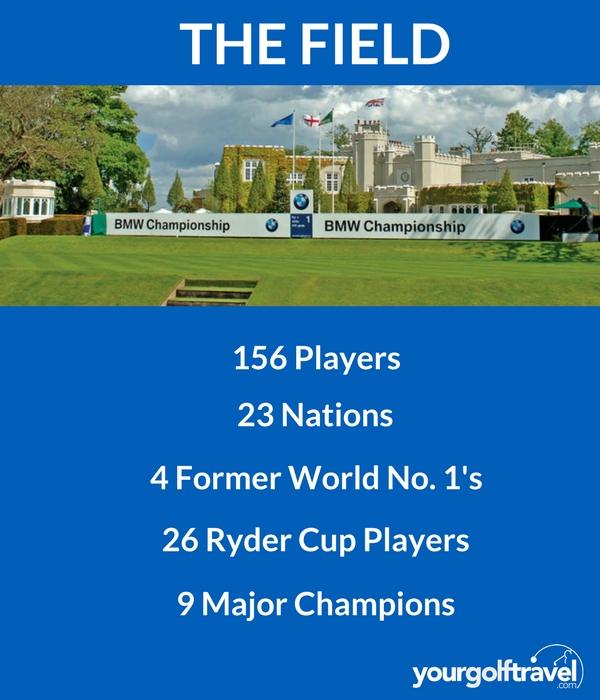 What YGT Pundits say about the BMW PGA Championship

Justin has already shown some fantastic form this season with a 2nd place at The Masters, losing out in a playoff to Garcia, as well as top 5’s in Hawaii, The Farmers Insurance Open at Torrey Pines and Genesis Open at Riviera Golf Club. Although Wentworth hasn’t been a hugely successful hunting ground for Rose of late, didn’t play in 2016, T38th in 2015, 25th in 2014, T50th in 2013 the course has undergone some design changes to make the course run a bit firmer and with a number of new bunkers in play off the tee it will put an emphasis on ball striking and course management so it should play into the hands of a player who is regularly featured within the top 10 for eagles, birdies & scoring average on The PGA Tour. As a relatively local lad, Rose hails from North Hants Golf Club, expect strong support as Rose looks to add to his trophy cabinet.

There are some big names in the field at Wentworth this week but none of them are really jumping off the page for me.

I’d obviously love to see Lee Westwood play well but barring his fantastic result in Augusta, he’s not at his very best right now. Stenson is missing cuts like they’re going out of fashion while Justin Rose seems a little too hit or miss right now, with his close call at The Masters immediately being followed by a missed cut then a T65 at Sawgrass where he also shot a final round of 80! You’re only as good as your last round as they say…

With all that in mind, I’ll be backing Tommy Fleetwood this week, who’s become one of the European Tour’s most consistent performers over the last couple of years. Currently, 2nd in the Race to Dubai standings, Tommy’s game seems pretty well tailored for Wentworth, which demands length and accuracy in spades.

Hitting 72% of fairways while averaging over 300 yards is a pretty handy combo and that’s allowed Tommy to rack up 84% of Greens in Regulation this season…pretty impressive!

All that’s added up to an excellent run of results this season including a win in Abu Dhabi, as well as 3 other Top 3 finishes (1 at a WGC event on the PGA Tour) to go along with a handful of Top 10s. If Fleetwood can drop a few putts this week I’d expect him to do well considering the shape his long game is in right now.

Although he’s not in his greatest run of form at the minute, he does tend to perform well at Wentworth, having closely missed out on 3 occasions in the last 7 years. He narrowly lost in a playoff to Luke Donald in 2011, he was then leading after 5 holes on the final round in 2013 and finally he started last year 2 shots behind the lead and ahead of Chris Wood, who eventually won. So he’s certainly been knocking on the door to win this event and with the big names not on their finest forms either, I can see Lee’s ball striking carrying him to a victory this weekend.

I have been a big fan of Thomas in recent years and his performance at the 2016 Ryder Cup was simply outstanding despite Team Europe losing to the Americans. He played as though he was competing in his 5th Ryder Cup not a rookie in his first. His performance certainly proved to me that he can compete with the best players in the world, and I have every confidence in the next few years, he will be winning a major championship. He has had a solid start to the 2017 season, but is yet to get a win under his belt. I feel that he is a guy that can handle a big state and this week at the BMW PGA is probably the stage on the European Tour circuit, so I am confident that he will have a good week and do not be surprised if you see his name at top of the leaderboard come Sunday evening.