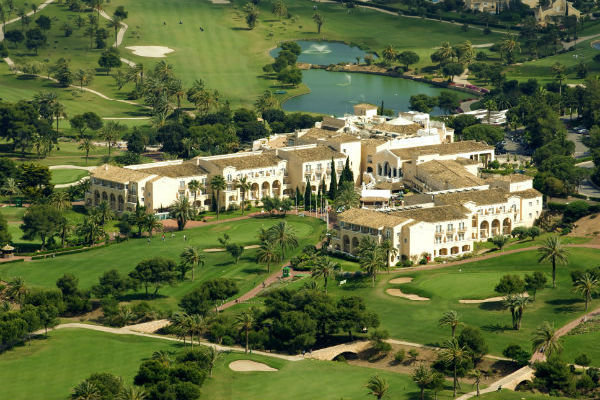 La Manga has for many years been the benchmark for European golf destinations. It has been repeatedly named the European Golf Resort of the Year, with 3 championship courses and outstanding facilities of the highest standard. La Manga is located in the region of Murcia and enjoys over 300 days of sunshine in a year, making it the ultimate golf in the sun destination. 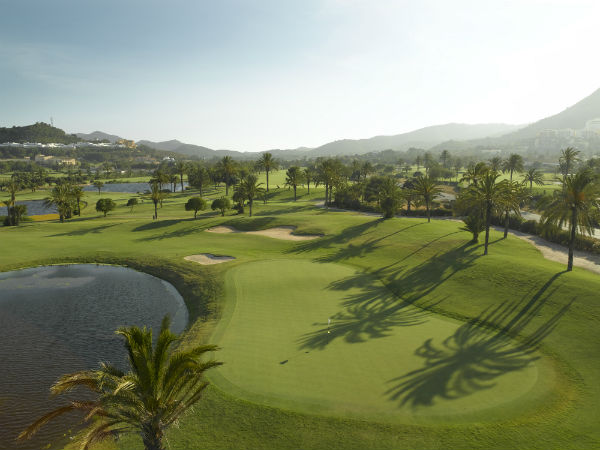 La Manga has for many years been the benchmark for European golf destinations. It has been repeatedly named the European Golf Resort of the Year, with 3 championship courses and outstanding facilities of the highest standard. La Manga is located in the region of Murcia and enjoys over 300 days of sunshine in a year, making it the ultimate golf in the sun destination.

Why would you want to go on a golf holiday to La Manga?

La Manga is a fantastic place for anyone who wants a break from cold and gloomy weather and is seeking some golf in the sun. Here are some of the key reasons why we recommend La Manga for the perfect golf holiday.

La Manga has a fantastic climate for some golf in the sun, of course it is cooler in the winter months, but it is still much warmer than the the UK. Checkout the table below which shows the weather comparison for the month of March.

The No. 1 Golf Resort in Europe

It has been repeatedly named the European Golf Resort of the Year. Here are just a few of the many Awards which La Manga has won…

La Manga was the only resort in Spain, to have all three championship courses included in the top 40 golf courses of the world after the highly regarded top 100 golf courses in the world released their latest 2016 rankings. 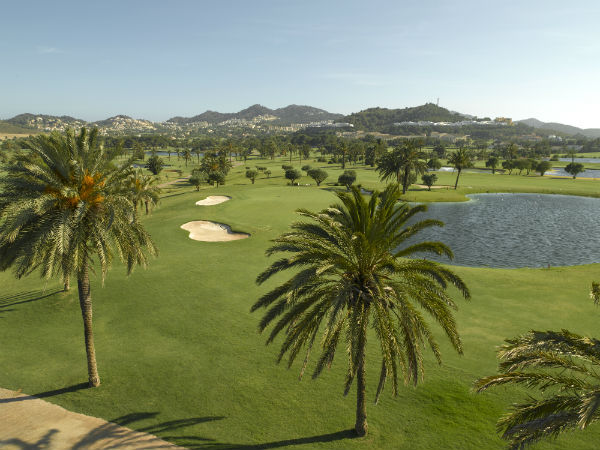 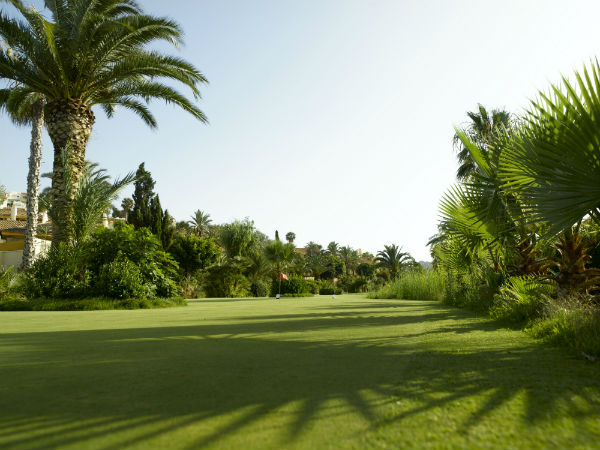 Get some practice in first, so you can head to the first tee with full confidence 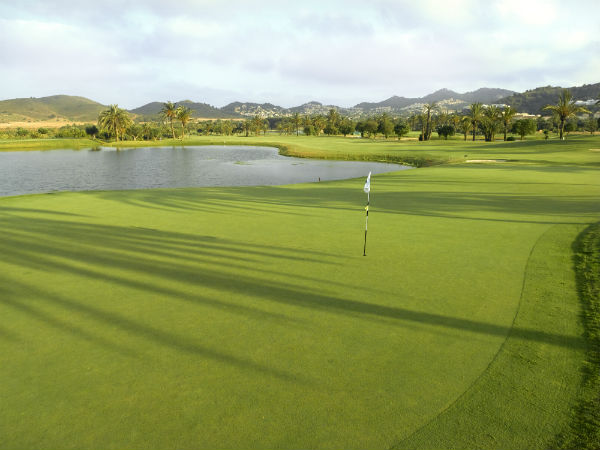 Make sure you don’t miss it right on this hole…..

The La Manga Resort is very easy and convenient to get too, with it being only a 28 minute drive away from Murcia Airport. A taxi from the airport to La Manga will cost only €42 and €53 for a night taxi. A direct flight from London to Murcia is approximately 2 hours 35 minutes and there are regular flights from London to Murcia as well as other UK major cities, including Nottingham, Manchester & Glasgow.

5 Reasons why La Manga stands out 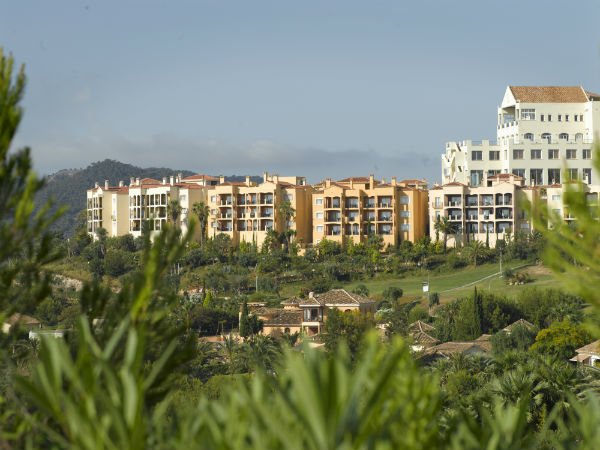 The Las Lomas Village overlooking all the La Manga Resort… 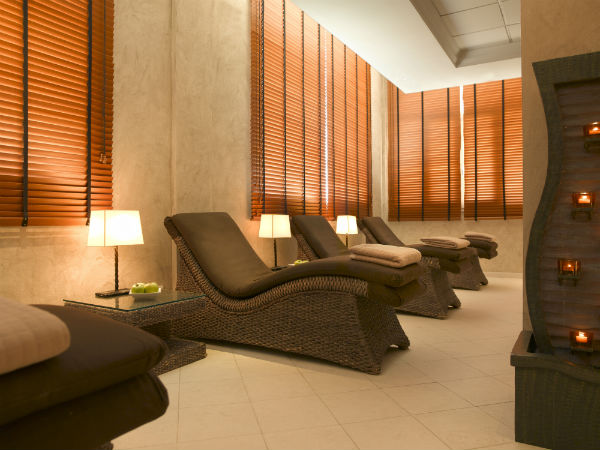 La Manga is home to Spain’s newest and most exclusive Spa and Wellness center including 13 treatment rooms, plus many Jacuzzis, saunas and steam rooms

Perhaps you want to stay inside, not to worry, The Principe Felipe Hotel also has a 25 meter indoor heated pool

Over 20 bars and restaurants to choose from; Enjoy Spanish tapas at La Bodega or dine by the poolside at La Pergola 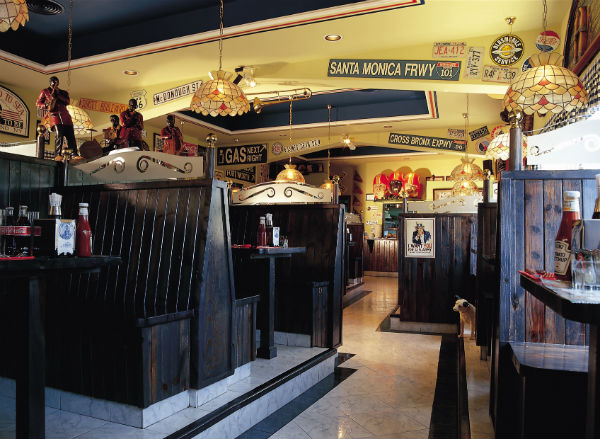 La Manga offers two main accommodation options from apartments at Las Lomas to 5* rooms & suites at the Principe Felipe Hotel. The Apartments are perfect for a group of golfers as they are large with plenty of room but still have all the modern amenities you would expect from an established resort. If you are travelling with your other half and are seeking a more romantic experience while staying at La Manga, then why not try one of the deluxe suites at the Principe Felipe Hotel, where all rooms are equipped with WIFI, satellite TV, a mini-bar and also a private terrace that look out on to the whole resort. 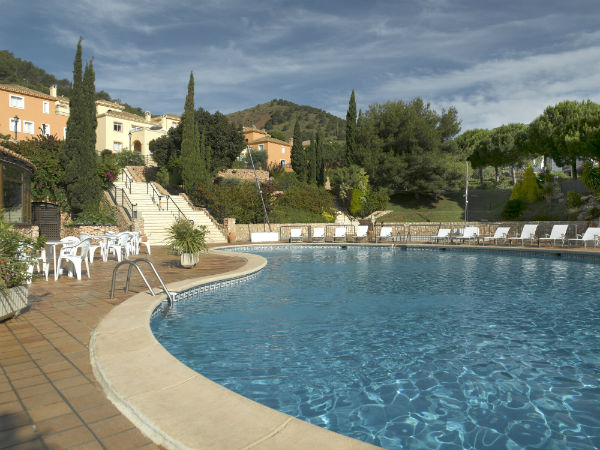 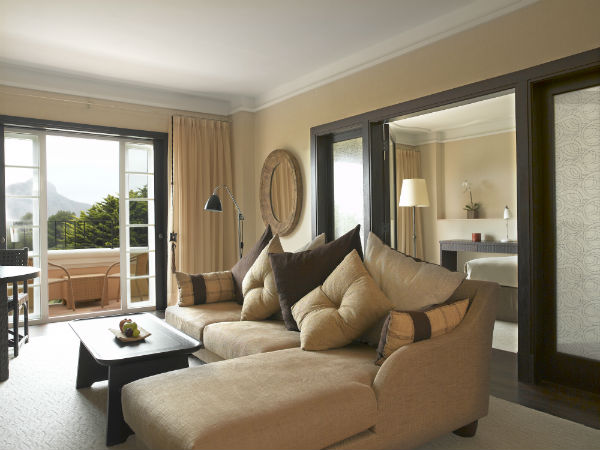 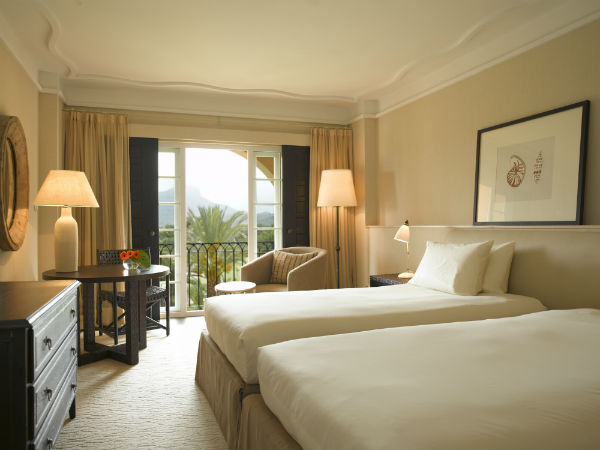 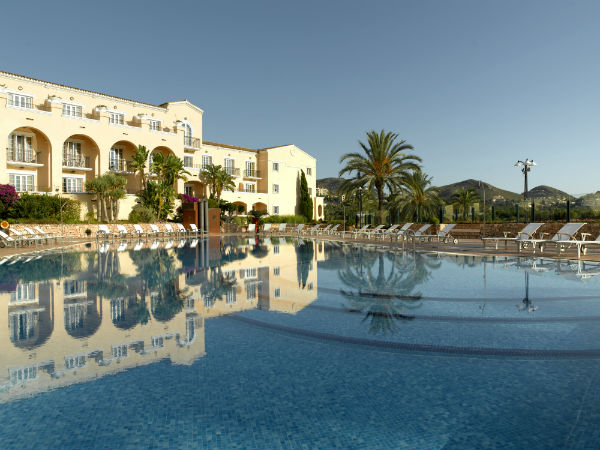 Things to do away from La Manga

The nearest town to The La Manga club is Los Belones which is only a 5 minute drive away. You will find a great choice of bars, restaurants and shops to choose from. So after your round, why not head into the Los Belones town and enjoy dinner & drinks and perhaps some local shopping. If you are in La Manga on a tuesday, there is a local street fruit market at Los Belones which is definitely worth a visit. If you are interested in Wine, then you must checkout the Bodega de Los Belones wine cellar where you can try an extensive selection of local and international wines.

[quote]One of only two European resorts with three Championship golf courses all on site, what more can a golfer want![/quote]

[quote]I’ve been going to La Manga for years now, each time it delivers a really great experience from the golf to the hotel and beyond I don’t think I’d go anywhere else. Having started off a Las Lomas apartments we now stay in the hotel as we prefer the resort feel, that being said if you are a group of golfers Las Lomas is a great place and offers good value if you are going as a society.  Also buy a course planner if you’ve not played the courses before, it is well worth taking less club and being in play on certain holes than simply swiping away with a driver.[/quote]

In summary, anyone thinking about a golf holiday in the sun can’t go wrong with a trip to this sunny spot in Spain. Whether you are an active holiday maker looking to take on the incredible leisure facilities or just someone looking to chill out by the pool after a round of golf, La Manga offers it all and more.. Checkout Your Golf travel to see our latest offers and deals at Las Lomas Village and at the Principe Felipe Hotel. 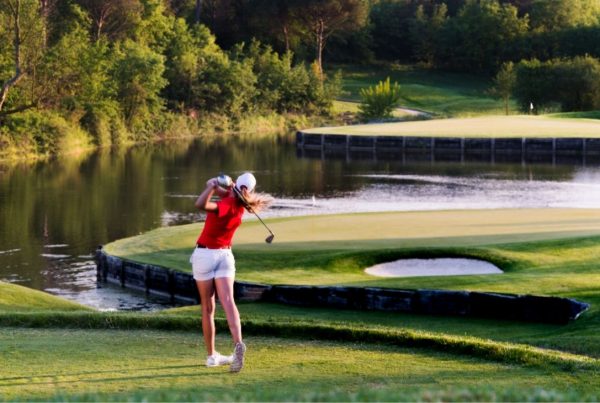 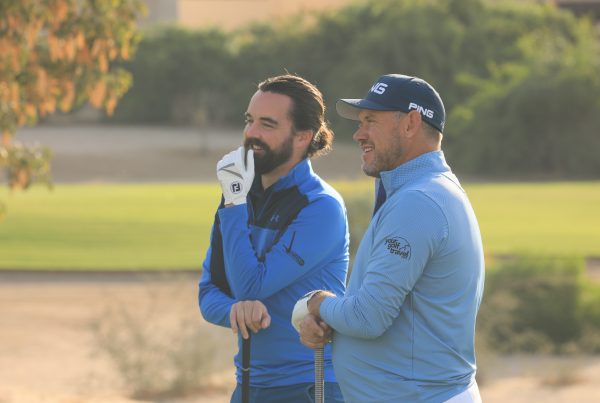 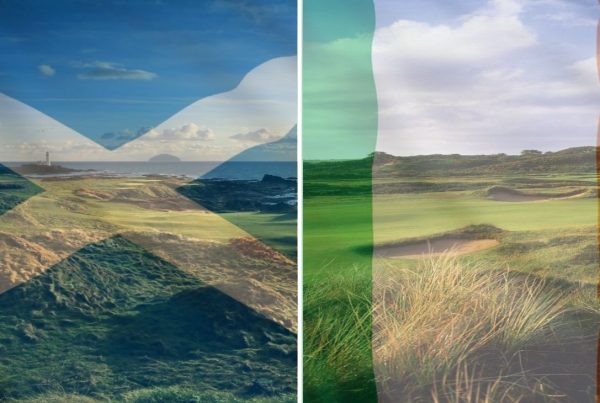