His winning score of 10 under par was enough to top the final leaderboard for a 1 shot victory over Will Zalatoris who emerged from the chasing pack to claim 2nd place in his first appearance at The Masters. Matsuyama’s rounds of 69, 71, 65 and 73 might not have been close to Dustin Johnson’s record -20 total in November but given the firmness of the course in April, this was a stellar performance.

Matsuyama’s victory was set up following a flawless round of 65 on Saturday. This included a remarkable finish of 30 with 4 birdies and an eagle on the par-5 15th hole. The back-nine came after an unexpected weather delay which he said was spent “staring at his phone, playing games”. This clearly had a change in mindset as Matsuyama stated he “hit everything as he wanted” following the restart, something few golfers can ever say.

Hideki Matsuyama at The Masters

Having previously competed in The Masters as an amateur, finishing in a tie for 27th in 2011, Hideki had shown some great form at Augusta National Golf Club. His finish of 5th in 2015, which included a closing round of 66, and tied 7th in 2016 showed the world that this hugely talented ball-striker was just a small margin away from challenging once more for the coveted Green Jacket.

While many will look towards his closing score of 73 (+1) and a finish of +3 for the last 4 holes as a less than glamourous way to win but the reality is that his play up until that part when so many had already fallen away on a fast, firm and at times windy Augusta show he was more than worth of his one shot victory.

The Final Round of The 2021 Masters Tournament

Whilst Matsuyama enjoyed a four shot lead going into the final round, plenty of analysts believed he’d be pushed hard early on. His opening tee shot which peeled away into the trees on the right of the 1st hole certainly wasn’t the way Hideki would’ve wanted to start. His opening bogey was compounded as debutant Will Zalatoris shocked many by enjoying birdies on the 1st and 2nd holes, reducing the lead to just 1. While the likes of Xander Schauffele, Jordan Spieth, Justin Rose and Marc Leishman all struggling to over par front 9’s, it was Zalatoris and Matsuyama who stood head and shoulders above them making the turn at -9 and -13 respectively.

Spain’s Jon Rahm made the early move of the day with the round of the day 66 (-6) to post the clubhouse lead of -6, a score most thought would be beaten but with the joys of Amen Corner still yet to be negotiated, there was plenty of trials and tribulations left to play out. Other European hopes were being pinned onto Justin Rose who had lead on the opening day and Scotland’s Robert MacIntyre who was making his Masters debut.

The back nine saw additional pressure placed on Matsuyama, starting mainly from his playing partner Xander Schauffele who sprung into life with a birdie on the 12th where Hideki bogeyed. Suddenly the lead was 5. Matsuyama saw two strokes of luck on the 13th where a wild drive right, bounced back into the fairway and his approach went long before stopping short of the Azaleas. Xander played the 13th perfectly with his approach nestling to within 10ft of the hole which he just missed for eagle. His birdie was matched by Matsuyama to see the lead remain at 5 before further birdies at 14 and 15 compared to a par and a bogey for Hideki saw the men separated by just 2 with 3 holes to play.

Standing on the par-3 16th hole with the honour. Xander Schauffele stood there knowing that he’d birdied the last 4 holes and could now mount a serious challenge to a shaken Hideki. 170 yards with the pin tucked away in it’s traditional Sunday pin position. Xander deliberated before opting for his 8-iron. Full of adrenaline and the prospect of claiming his first Major win, Schauffele turned and accelerated the club through. The contact wasn’t clean. He knew it. The crowd knew it. And now as it bounced on the left edge of the fringe before walling away into the water left of the green, his challenge was over. The resulting triple bogey 6 is a blotch that Xander will be keen to remove and will no doubt challenge in future Masters Tournaments at Augusta National for years to come as he recorded another top 5 finish to go with his tie for 2nd in 2019. 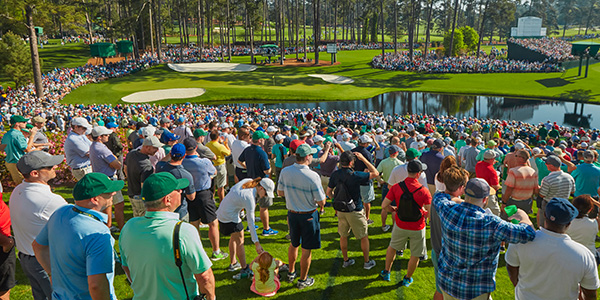 Matsuyma 3-putted 16 to record another bogey but with Zalatoris now in the clubhouse on -9, he could afford to play the last two holes in 1 over and still win. His drive and approach into 17 were exemplary, the resulting par meant a bogey or better on the 18th would see him triumph as the first Japanese male golfer to win at Augusta. His drive on the 18th hole was stunning. Leaving him a relatively simple approach into the 18th green, Hideki played sensibly, opting for the right half of the green which he pushed slightly and ended up in the greenside bunker. This tricky shot was superbly executed under pressure leaving him with an 8 footer for par. It slipped by the hole leaving his last putt of just a foot to win the title on a warm April evening. With this win, Matsuyama celebrated calmly, dofting his cap to the crowd in acknowledgement of his play. He stood there delighted as Masters Champion before his caddie respectfully removed the flag on the 18th and bowed to the course. This has already become one of the most iconic pictures in Masters history and if Matsuyama produces form like this again, I’m sure it won’t be long until his caddie has the chance to do the same.

Hideki Matsuyama was presented with The Green Jacket by defending Masters Champion, Dustin Johnson who surprised many by missing the cut having been so dominant in his November victory. 2022 will see Hideki Matsuyama defend this Major Championship as he looks to become a multiple Major winner. With no less than 6 PGA Tour events to his name and a career high of 2nd in the world golf rankings, Matsuyama had already built a stellar world-wide reputation but will no doubt build on these foundations to add further accolades.

For further information about The Masters please visit Your Golf Travel 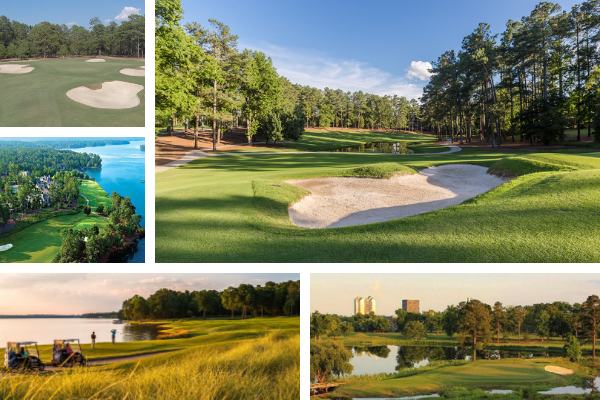 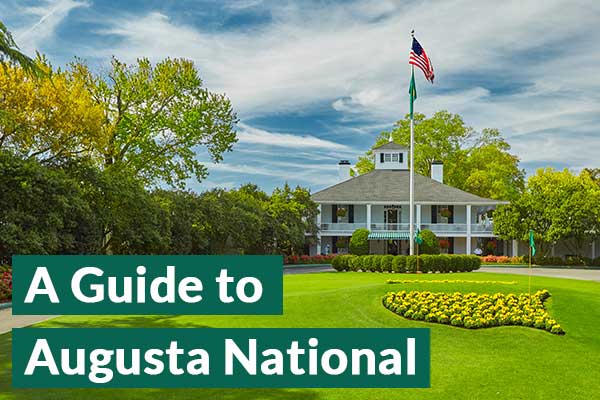 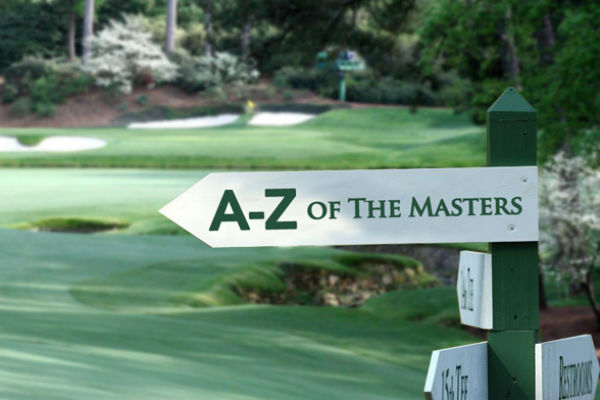