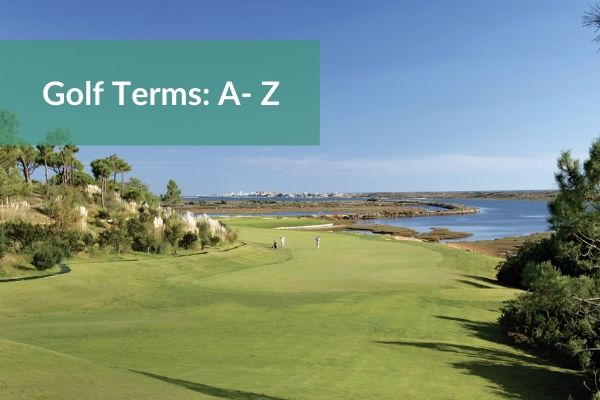 We golfers use a set of alien terms and words that are not often heard in normal conversation. We all think we know what all the golfing jargon means but in truth defining golf terms and phrases has its fair share of grey areas. Here is Your Golf Travel’s A to Z of golf.

A term used in matchplay to indicate that both players or pairs have cheated on exactly the same number of holes.

A bogey is a term used to describe the score an individual makes on a hole if (when) they shoot 1-over the ‘par’. A par is the number of shots the course has set for that hole. Similarly, a Birdie is if a person can actually play golf and shoots 1-under.

The place golfers go to practice shots that they can’t replicate on the course. 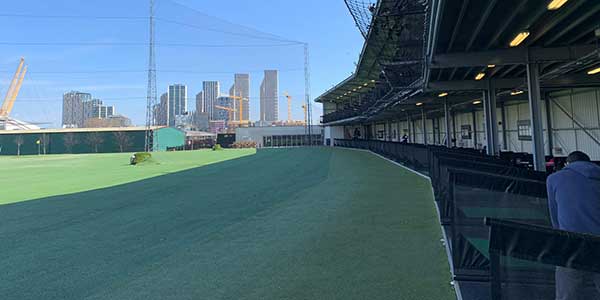 An unusually low score on a hole achieved by a golfer who shoots 2-under par, with an Albatross being 3-under par. Another description is a golfer who has hit two or three exceptionally lucky shots in a row, or a golfer with a poor memory and / or a creative pencil.

The scariest part of any golf course. For its effects on the average golfers see “hook”, “shank”, “top” and “whiff”.

The derivation of the word “golf ‘from its Celtic and Middle English roots is obscure. Some possibilities are: gil f f (an incurable madness), gylf (a notorious liar), gullf (to beat a shrub with a short stick), golve (under; beneath; lost; blocked; submerged; stuck; obstructed), gellvo (horribly; terribly; hopelessly; awfully), galfa (my God!; oh, no!), goal fyl (to cry; to weep) and gael f (I quit).

A poorly hit shot that veers violently to the left, the exact opposite of a slice. Golfers that hit hooks may want to consider changing their grip, stance or swing while golfers that hit both hooks and slices may want to consider changing the way they spend their weekends. It is also worth noting that chronic hookers will hit perfectly straight shots as soon as they aim right to compensate for their ball flight.

1. Penology. Variously shaped pieces of metal by the use of which individuals are subjected to torment.

2. Golf. Variously shaped pieces of metal by the use of which individuals are subjected to torment.

1. Traditional pitching iron used to get out of trouble on holes 1 through 18.

2. Traditional short measuring glass used to get into trouble at the 19th.

In theory, golfers assign a number exactly one higher than the previous one for each shot they play to arrive at the cumulative total of all the strokes required to complete a given hole. In rlity, creative counting is often employed to achieve more favourable results. Common score counting methods include -2, -1, 0, 1, 2, 3, 4 and so on as well as the trusty 1,2,2,3,3,3,4,4,4,4…

A set of regulations that are ignored only by players on one specific course, rather than by golfers as a whole.

A mulligan simply means to re-take a shot and the first shot won’t be counted. Although not legal in the Rules Of Golf, many golfers allow mulligans in friendly games, so don’t worry, just drop a new ball where you hit the dodgy shot from and try again.

Most golfers’ favourite hole on the course and the place where golfers always find good lies.

When a player hits an acceptable or good shot with the wrong club, resulting in the ball flying long of the intended target. Due to delusions of grandeur most amateur golfers need not worry about this as club selection is usually based on what Tiger Woods would hit rather than on your own abilities. However should a player suffer from overclubbing, it can be compensated for with overlooking and undercounting!

One of the two fundamental dictates of golf. The other one is “Wear It if It Clashes.” 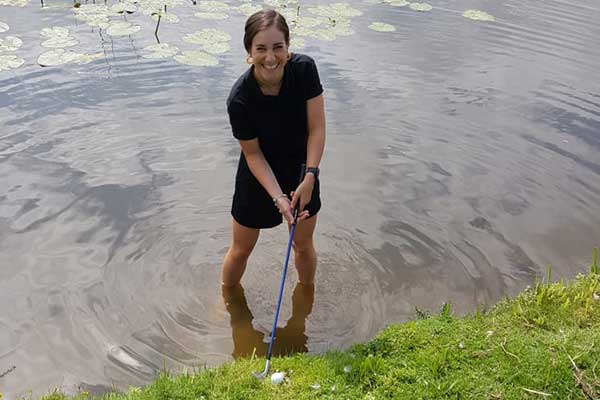 The pace at which the majority of golfers play. This is either due to a distinct lack of ability or a misguided belief that any day now they will make their debut on the PGA Tour, thus forcing them to consider each and every shot as if they are coming down the stretch in the lead on the final day of the Masters.

The shot hit by most amateurs immediately following a shot hit with a driver or long iron. The recovery shot’s primary purpose is to get the ball out of a hazard or away from an obstacle and back into playable position on the fairway.

The most dramatic and unsettling form of misplayed shot. The ball is hit with the part of the club where the shaft and clubhead meet, resulting in a shot that flies off to the right at nearly a 90° angle while embarrassing the golfer and endangering his or her fellow players. Consistent shankers of the ball may turn to publications such as “Shanks-No Thanks” by R. K. Hoffman while Your Golf Travel would more readily recommend M. S. Howard’s “Tennis for Beginners”.

Involves hitting the top of the golf ball with the sole of the club. Topped shots pop up in the air, are loaded with top spin and when hit really well, travel in excess of 6-7 yards. Topped shots are more commonly associated with beginners and die hard weekend warriors. This shot is rarely seen again after hackers have mastered the hook, slice, shank and the airshot. Additionally, players who top a shot are guaranteed to be told that their “head cam up” by an unqualified playing partner.

Holing out from off the green in two strokes; usually a greenside chip followed by a single putt. While up and downs are not alien to amateur golf it is more likely to see the “up, across, just short, 10 feet past, 6 inches short and down.”

The potential are into which a golf ball can travel in comparison with the size of the hole we are all aiming for. Most amateur golfers show a keen sense of adventure by exploring the vastness of the golf course before heading to the green.

When a player completely misses the ball. Known among many weekend warriors as the practice swing.

What golfers write on their scorecard once they have given up on the hole. This is commonly replaced with “oh just put me down for a 6.”

A psychological affliction that prevents you from holing putts of any description under pressure. The harder you try to fix this problem, the worse it will become.