Can Dustin Johnson become the 4th golfer to retain The Masters

Can Dustin Johnson retain The Masters

The World’s Number 1 Golfer, Dustin Johnson goes into the 2021 Masters Tournament as the bookies favourite.

Having claimed the 2020 Masters title at Augusta National in emphatic style, all eyes are on Johnson this week as he aims to become just the 4th golfer in the history of The Masters to successfully defend the Green Jacket.

Johnson will follow in the footsteps of the likes of Tiger Woods, Sir Nick Faldo and Jack Nicklaus if he can defend the title.

Johnson’s record-breaking victory in 2020 saw him claim a wire-to-wire win with rounds of 65, 70, 65, 68 (-20). He won by 5 shots, with Cameron Smith and Im Sung-Jae finishing on -15. Worth noting that their -15 total would’ve been good enough to win or make the playoff in 7 out of the previous 9 Masters tournaments, such was the level of Johnson’s play.

Since his Masters victory, DJ’s form has been good, perhaps not great, but certainly enough to maintain his World Number 1 spot which he’s held since August 2020. In his 6 tournaments since, he’s claimed victory in Saudi Arabia, a tie for 8th in The Genesis Invitational and tied 11th at The Tournament of Champions. This form would be classed as more than credible for any other golfer but given the form, he was in prior to the 2020 Masters where he enjoyed a run of 6 tournaments with a worst finish of tied 6th, this is potentially slightly off-colour for a golfer who has claimed over 20 PGA Tour titles. 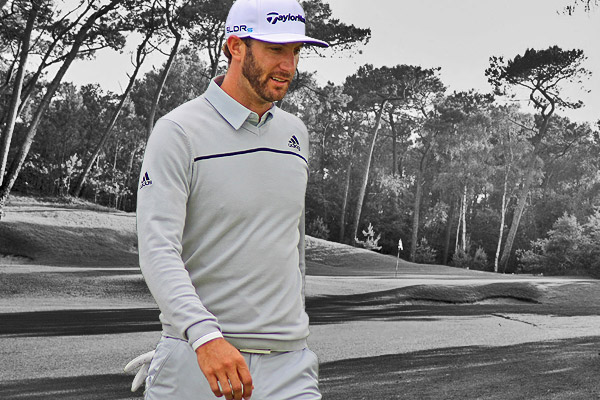 Johnson has one of the very best Masters records in recent years. The South Carolina native was born just over an hour away in Columbia and has all of the attributes necessary to win at Augusta National.

Prior to winning in 2020, Johnson’s form was as follows –

2017 was perhaps the most disappointing for DJ having been seen as the tournament favourite coming into the event. Johnson slipped coming down the stairs of his rental property, resulting in a last-minute dropout.

His results are up there with any over the past few years and has the game required to challenge at The Cathedral in The Pines.

DJ’s Masters by the numbers

A choice that got many people talking last year following his comments that his favourite thing about The Masters was “sandwiches”. Well, DJ didn’t quite go with a Pimento Cheese that is consumed and loved by Masters Patrons each year but did opt for some Southern delights that’d be appreciated by any.

My favourite part about this menu is that there were little “or” in the menu choice, it was very much “and” which given the majority of attendees of the dinner will be looking forward to 72 holes of Major golf, it is only right that they were doing so on a full stomach.

If all this talk of food and DJ retaining The Green Jacket has got The Masters on your mind, find out more about Masters Packages and Tickets with Your Golf Travel today. With over 6,000 golfers having travelled with us, we’re the experts in providing a Masters experience that you won’t forget.