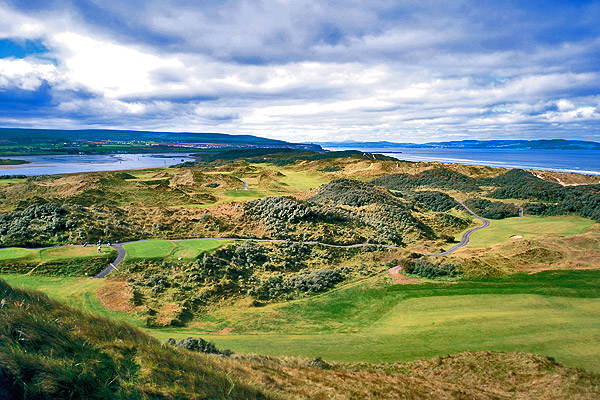 Historically speaking the Irish Open has been one of the standout events on the European Tour calendar and after an uncertain few years where the event was struggling for sponsorship, it has flourished again.

Along the way the event has broken European Tour attendance records when it visited Royal Portrush in 2012, secured Dubai Duty Free as a title sponsor, and even Rory McIlroy as host of the event.

Some of Ireland’s (and the world’s) best courses have staged the event since it was first played at Portmarnock in 1927, with Royal County Down, the world’s top ranked course, as well as The K Club, host of The 2006 Ryder Cup, hosting the last two editions of the tournament.

In 2017, the event will head back to Northern Ireland but rather than return to Portrush or County Down, it will head to pastures new.

The European Tour have chosen Portstewart (a Your Golf Travel favourite) to host the 2017 event, and they have also taken the step of rescheduling it to be much closer to The Open Championship. 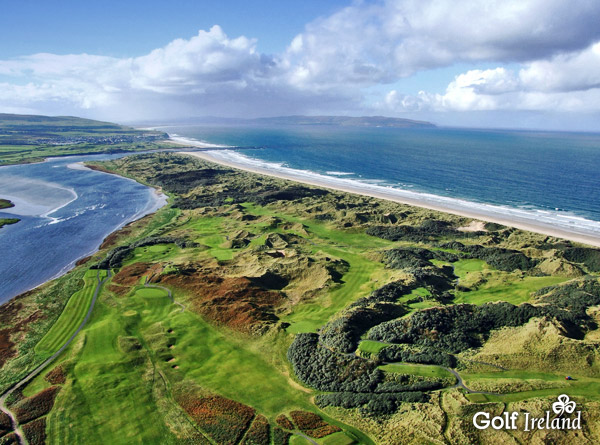 Portstewart boasts an enviable location and as you make your way around the course, you emerge from the dunes every now and again and are greeted by the most amazing panoramic views across the Atlantic mouth of Lough Foyle, to the Inishowen peninsula and beyond.

And this is a good thing for golf fans…

Well…the new timetable will mean golf fans all over the world will be treated to three consecutive weeks of world class links golf in 2017, with the Scottish Open at Dundonald and The Open at Royal Birkdale following the Irish Open in succession.

[quote]”Portstewart is an excellent links course and one of Northern Ireland’s hidden gems.”[/quote]

~ Rory McIlroy, event host and the man largely responsible for some of the biggest names in golf including the Irish Open on their schedule

The 1st tee on the Strand Course offers truly spectaular views of both the golf course, Portstewart Strand and out into the North Atlantic Ocean.

Portstewart boasts one of the most awe-inspiring front nines on the planet, with the opening tee shot taken from a tee high above both the 1st fairway and the myriad of dunes through which the course runs setting the tone early on. From here golfers including McIlroy won’t help but marvel at the views out over the course, with Portstewart Strand and the North Atlantic Ocean stretching out to the right of the course.

[quote]”We have no doubt the Strand Course will provide nothing less than a worthy test of golf.”[/quote]

The front 9 at Portstewart weaves its way through a myriad of enormous dunes known as “Thirsty Hollow”…an apt name considering how golf balls you can lose on your way around the course!

He’s not kidding either…

While Royal Portrush, just over a 10 minute drive away, and Royal County Down draw most of the plaudits, Portstewart’s Strand Course is a world class test in its own right and will surely provide one of the most watched spectacles on next year’s European Tour calendar; thanks in large part to the opening nine holes.

Want to see some more of the 2017 Irish Open host course? Watch as PGA Professionals and Youtube sensations Mark Crossfield & Steve Buzza, as well as our own YGT Rory take to the course…