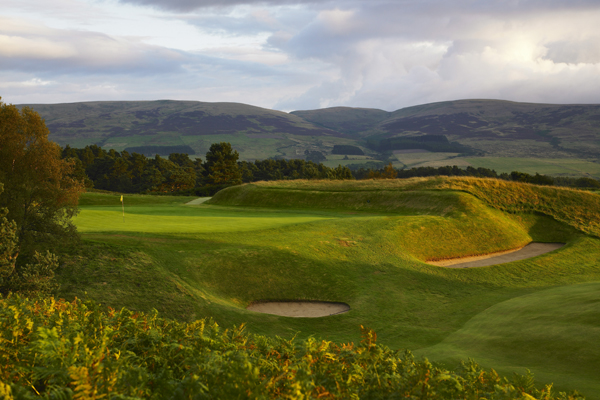 As any golfer will know, Scotland will forever be synonymous with golf. After all, this is where the great game was born all those centuries ago and where golfers can travel to find some of the finest championship courses around, as well as countless hidden gems and some of the most famous golfing landmarks in the world such as the grand R&A Clubhouse, Swilken Bridge and the dreaded Barry Burn. Of course, many of these golfing jewels wouldn’t be here today if it weren’t for the men who designed and built them in the first place. Here we take a look at some of Scotland’s most important golfing sons and the courses they have left behind for us to enjoy on our Scottish Golf Holidays.

Part of the “Great Triumvirate” alongside J H Taylor and Harry Vardon, Braid is perhaps the foremost golf course architect on this list having designed countless courses that are still among the best in the world today as well as reworking many existing designs throughout Scotland and England to ensure they stand the test of time.

Braids most famous work awaits in the form of the King’s and Queen’s courses at Gleneagles with his marvellous creations at Blairgowrie and St Enodoc in Devon following close behind. He also reworked the existing layouts at golfing heavyweights including Carnoustie, Nairn, Royal Troon and Royal Porthcawl in Wales.

Braid laid out both the Queen’s Course and the King’s Course (pictured above) at the legendary Gleneagles.

Credited with the invention of the dogleg, Braid also won a staggering 5 Open Championships – a record he still shares with the legendary Tom Watson who came so close to breaking the record at Turnberry in 2009 – and, along with Vardon and Taylor, founded the PGA.

Why not sample some of the magic laid down by this much loved golfing pioneer on your next UK Golf Break?

Morris, also known as the “Grandfather of Golf”, was not only responsible for many of the classic courses golfers can still enjoy today; he was also a talented player, clubmaker, greenkeeper, the father of a great golfing champion (Young Tom Morris) and the owner of one of the best beards golf has ever seen!

Royal Dornoch’s Championship Course is ranked inside the country’s top ten, and has had Royal status for over a century.

Numerous famous courses such as Muirfield, Royal Dornoch, Cruden Bay and the wild and rugged Machrihanish Golf Club were laid down my Morris and while some of his layouts may have been tweaked over the years to keep pace with modern standards, there is no question that he was a pioneer responsible for layouts that have been used as blueprints for many who have followed since.

As his competitive golf career was winding down, Willie Park Junior moved into the golf course design business, just as the game was starting to gather significant popularity in the USA. In fact, Park, along with fellow Scot, Donald Ross, was one of the first full time golf courses architects. Eventually credited with 170 golf course designs and redesigns, Park worked his magic throughout the UK, Europe, Canada and the USA.

With spectacular views back to Edinburgh and across the Forth to the Kingdom of Fife, the courses at Gullane, including Park’s No.1 Course, are truly spectacular places to play golf.

Although many of Park’s best courses are private club courses that can be found in the USA, there are a few classics that Park either designed or reworked that are a lot closer to home. The Medal Course at Montrose Links was reworked by Park in the early part of the century and the premier course at Gullane Golf Club, the No. 1 Course, was designed by him in 1884. His best work however can be found just outside of the English Capital at Sunningdale, where he laid down the world famous Old Course in 1901.

The great Donald Ross was born a stone’s throw away from Dornoch and after moving to St Andrews, learned all the skills necessary, including greenkeeping and clubmaking, to be a top class golf courses designer from Old Tom Morris himself.

The No. 2 Course at Pinehurst has hosted more championships than any other in America.

Ross would eventually move to the USA where he would create some of the world’s finest golf courses that can be enjoyed on an American Golf Holiday today. The best of the bunch is without doubt the No. 2 Course at the Pinehurst Resort, which is has just seen changes made in order to restore the lustre of Ross’ original design.

Dr. (don’t you know) Alistair Mackenzie abandoned a career in medicine for life as a golf course architect and thank goodness for that as he is the man responsible for a handful of courses that are no doubt at the very top of many a golfer’s golfing bucket list.

Mackenzie’s finest work is hard to pinpoint thanks to the sheer quality of a great deal of his courses but Augusta National would get many a golfer’s vote.

The Mackenzie Course at Alwoodley Golf Club, where Mackenzie was also a member, was his first creation and while it is regarded by those in the know as one of the best golf courses in England, it sits in the considerable shadows of his finest pieces of work. Lahinch in South West Ireland is a fantastic links track and the very best of Mackenzie can be found at Royal Melbourne in Australia, Cypress Point in California and the world famous Augusta National, which is of course the home of the US Masters.

For information on Scottish Golf Tours and other Worldwide Golf Holidays please visit www.yourgolftravel.com or call free on 0800 043 6644.