Which country is really the best at golf? 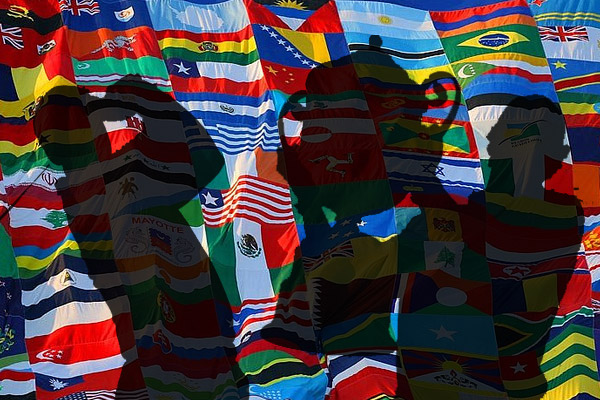 Following the weekend’s thrilling conclusion to the European Tour’s Race to Dubai, the focus now turns to the Royal Melbourne Golf Club for the ISPS HANDA World Cup of Golf.

The field represents 60 players from 34 countries with 13 of the top 50 players from the Official World Golf Ranking (OWGR) set to tee it up.

With patriotic spirit no doubt in play this week, we thought it begged the question: which is the greatest golfing nation in the world?

We’ve analysed the 19 countries with at least two golfers among the world’s top 200 men, taking population into account, to bring you the top 10 pound-for-pound nations in golf.

Here’s how they stack up: 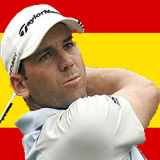 Spain boasts seven players within the top 200 of the Official World Golf Ranking, with three in the top 50: Sergio Garcia, Miguel Angel Jimenez and recent BMW Masters winner Gonzalo Fernandez-Castano. Having spent much of his career in the world’s top 10 (more than 300 weeks between 200 and 2009), Garcia is currently Spain’s highest-ranked player at 19th on the list. Jimenez, the cigar-toting veteran, will fly the Spanish flag alongside Rafa Cabrera-Bello in Melbourne this week.

Fancy a break? How about a golf holiday to Spain this winter? 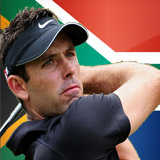 With Gary Player and Ernie Els among its list of national sporting heroes, South Africa has a proud history of producing world-class golfers. The Proteas have 13 names within the top 200 rankings, including 2011 Masters winner Charl Schwartzel (22nd), Els (24th), Louis Oosthuizen (30th) and Richard Sterne (50th) in the top 50. Branden Grace and George Coetzee will attempt to follow in the footsteps of Player and Els by becoming the sixth South African team to win the World Cup. 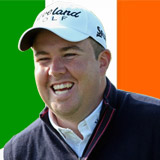 Despite boasting the 120th largest population in the world, with a mere 4.8 million people, Ireland punches above its weight in terms of top golfers produced. It’s a country littered with some of the world’s most fantastic golf courses, so you’d hope a few of the locals knew how to play them! Among Ireland’s best are Shane Lowry (75th), who will represent the region alongside Northern Irishman Graeme McDowell this week in Melbourne, and three-time major winner Padraig Harrington, who still cuts it among the world’s top 120 players in the twilight of his career.

Check out the best golf breaks in the Emerald Isle here 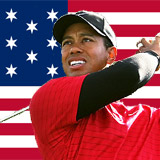 It comes as little shock that almost half of the world’s top golfers hail from the US, with 80 Americans among the top 200 – including the World No.1, Tiger Woods. But with the third-largest population in the world, the US’ long list of golfers can only account for one OWGR point per 38,248 people – enough for seventh spot on our list.  The Americans will be hoping to grab much higher accolades when Matt Kuchar (ranked 7th in the world) returns to defend the World Cup title he won in 2011 alongside Gary Woodland, this time with 2013 Players Championship runner-up Kevin Streelman.

Emulate the feats of the pros: play at PGA Tour venues with our USA golf breaks 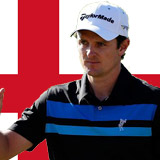 Another of the real powerhouses of world golf, England boasts 17 players within the world’s top 200, including four within the top 25. US Open winner Justin Rose (5th) and Ian Poulter (11th) chased home Henrik Stenson in this year’s Race to Dubai, while Luke Donald (17th) and Lee Westwood (23rd) remain firmly entrenched in the top 50 despite slightly disappointing years. As the fourth-most populous country in Europe, England’s golfers have accumulated one OWGR point per 32,949 people to have them a very credible sixth on the list. They’ll be represented this week by David Lynn (42nd) and Chris Wood (71st). 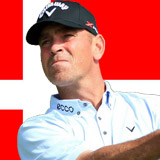 Another relative minnow on the world population scale, this year Denmark had four golfers in the top 200. Spearheaded by Thomas Bjorn (44th), the country has one OWGR point for every 19,504 people. Bjorn, who finished 10th in this year’s Race to Dubai, will be joined by 58th ranked Thorbjorn Olesen in Melbourne this week as the pair seek about bringing World Cup glory for the Danes. 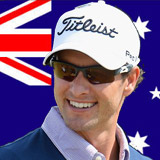 A nation with a history of punching above its weight on the world sporting stage, Australia provided arguably the two best-performed players across all four majors this year. World No.2 Adam Scott continues to close on Tiger Woods’ crown after a stellar year that included his maiden major victory at the Masters, top-five finishes at The Open and PGA Championship, and back-to-back wins on the Australian circuit. He’ll be partnered this week at Royal Melbourne by Jason Day (18th) who came close to breaking his duck this year at both the Masters (third) and U.S. Open (T2). The pair are among 13 Aussies within the world’s top 200, helping to account for their country’s one ranking point per 18,842 people.

Why not escape winter with a trip to Royal Melbourne? 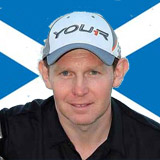 The home of golf serves up some of the greatest golf courses in the world and a handful of the best players to boot. For a relatively small population of 5.3 million people, Scotland is home to almost 600 golf courses (including 175 links courses, the biggest number in the world) and six of the top 150 golfers in the world. That places the Scots high on the list of golf nations punching out of their division, with a shade over 13,000 countrymen per OWGR point. Their two top-ranked stars, Stephen Gallacher (62nd) and Martin Laird (79th), head to the opposite edge of the globe this week in an attempt to arrest the World Cup. 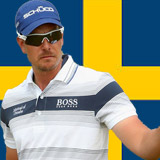 Sweden, like its Scandinavian brothers, produces a remarkable number of high quality golfers. For a population of just 9.1m, the Swedes have produced nine of the world’s current top 200 golfers – for an incredible 9,991 people per world ranking point. There’s no bigger name in golf at present than Henrik Stenson. The dual PGA and European Tour money list winner earned more OWGR points this year than any other player, seeing him close out the year in third spot behind Adam Scott. He is joined within the top 50 ranks by compatriots Jonas Blixt (39th) and Peter Hanson (43rd), who will tee it up together this week in Melbourne. 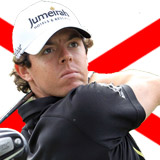 There are 19 countries with at least two golfers in the top 200 in the world but none has a smaller population than Northern Ireland. With its population of around 1.8 million people, the country boasts two of the biggest names in golf – Rory McIlroy and Graeme McDowell – both within the world’s top dozen players. Northern Ireland has one point in the Official World Golf Rankings for every 5,254 people who live there – by far the best ratio of any with at least three players in the top 200. That’s quite a feat when you consider McIlroy lost more ranking points than any player in the world this year. McDowell will link with the Republic of Ireland’s Shane Lowry in pursuit of the team honours at Royal Melbourne this week. 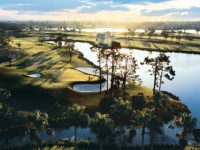 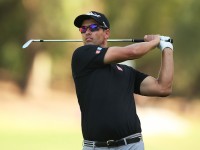 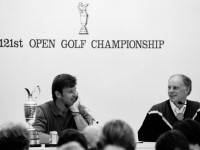 
[…] you’ll agree that it’s quite impressive that, by some calculations, Northern Ireland is the greatest golfing nation in the world! Northern Ireland has plenty of world class golf courses to choose from, and for those of you on a […]


This is the dumbest thing I’ve ever seen. Ryder cups aside. Which country has more majors than any other? Hell, I’ll let you tally the rest of the top 5 up and the US has more. It’s the US then take your pick at slots 2-10. Making a list from world golf ranking to population of country is ridiculous. That’s saying everyone in this country plays golf which isn’t the case. Not even everyone who enjoys playing golf has the desire to become pro. Id go on to say that Northern Ireland has more wanting to become a pro golfer than the United States. Research for a list like this can’t be thought up behind a computer. Field work and surveys would need to be done to get the facts right.


Skewed statistics at best lol the USA has the biggest winners of all time and didn’t invent the game. That’s a testament of how great the country is in so many aspects and generates much jealousy!!