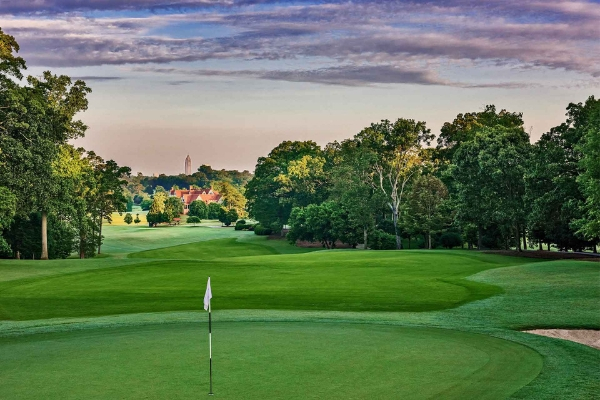 By George BlackwellSeptember 19, 2018No Comments

The 2018 PGA Tour season is finally coming to a close, just a week before the Ryder Cup, meaning this weekend’s Tour Championship will be under the spotlight even more.

Since kicking off last October with the Safeway Open, Tiger Woods has moved 647 spots up the world rankings, we have seen the World Number One change three times and a European claim a major for the first time since Sergio Garcia’s victory at Augusta last April.

With so many permutations as to who can claim the coveted FedEx Cup and take home the $10,000,000 paycheck, we thought best to run through who can win, the betting tips for the East Lake showdown as well as recapping some recent changes to the playoff format.

How does the FedEx Cup work?

Since its inception in 2007, the FedEx Cup Playoffs have been a great initiative which breathes new life into the latter stages of the PGA Tour season.

Over the course of the season, golfers will accumulate points based on how well they perform at each event, with the majors offering the most points (600) for a victory.

While you take your season’s points into the playoffs, once there, you can make big leaps up the FedEx standings with strong performances, with the point distribution multiplied by up to five times.

The route to the 2018 Tour Championship

Three playoffs and 28 days later, the final 30 are ready to go at East Lake and make their claim for the huge win bonus, worldwide acclaim and a big boost heading into Le Golf National next week.

Proceedings began at Ridgewood Country Club in late August at The Northern Trust where we saw Bryson DeChambeau storm to a record victory with his fellow Ryder Cup Wildcard Tony Finau short by four shots. It was a tournament dominated by American golfers with the highest Brits on the leaderboard were Tyrrell Hatton and Tommy Fleetwood who tied for 20th.

DeChambeau stepped it up again at the Dell Technologies Championship to kick off September as he pipped Justin Rose for the title. Back to back playoff victories put him in the ascendency going into the BMW Championship with Finau, Rory McIlroy and Tiger Woods all lurking near the top of the leaderboard. It’s worth noting that the previous two winners of this event have gone on to win the FedEx Cup.

The penultimate playoff wasn’t short of excitement; Tiger Woods kicked off the weekend with a 62, Rory McIlroy followed him to do the same and the winner was decided by a tense playoff on Monday afternoon…yes Monday. However it was Keegan Bradley who beat Justin Rose on the first playoff hole to clinch his fourth PGA Tour title.

With all 30 players competing in the Tour Championship able to win the FedEx Cup, the stakes are high at East Lake National, although we’ll admit it doesn’t look promising for Patton Kizzire.

For the top five players, their fate is in their own hands, with a win this weekend enough to see them finish top of the leaderboard come Sunday evening.

One would think that perhaps DeChambeau deserves to take home the 10 million after two playoff wins while most of Europe will be backing new World Number One Justin Rose to get a result before joining up with his European counterparts in France next week. As for Tony Finau, he actually hasn’t won an event all season yet could see himself be branded as the leading golfer with his first of the season. As for the defending champion Justin Thomas, he has been consistent much like Dustin Johnson, who can only be described as a dark horse following his on and off season.

Can Tiger Woods win the FedEx?

The permutations for Tiger to win the FedEx Cup are rather complicated, with him needing to win and hope most of the top 5 finish outside the top two with DeChambeau having to falter to T15 or worse.

That said, I do think Tiger has an extremely strong chance of winning his first event since 2013 this weekend.

If you look back at the previews to many of this season’s tournaments, I have often had my Tiger hat on, but it feels like the occasion is big enough this time.

I can’t see him winning a run of the mill tournament overseas, his comeback win will be big and it would be sods law that it comes the week before the Ryder Cup.

Tiger Woods to win the Tour Championship & Justin Rose to win the FedEx Cup – you heard it here first.

There have been very recent developments from the PGA Tour regarding the FedEx Cup Playoffs and Tour Championship, with the format set to change from 2019.

As of next year, there will be just three playoff events with the Dell Technologies Championship removed from the run in and the winning bonus increased to $15,000,000.

On top of this, the scoring system will be revolutionised heading into the Tour Championship to reflect a regular scoreboard. The leader will head to East Lake on 10 under par, with number two on eight under, third on seven under and so on before the final four in the standings beginning on level par.