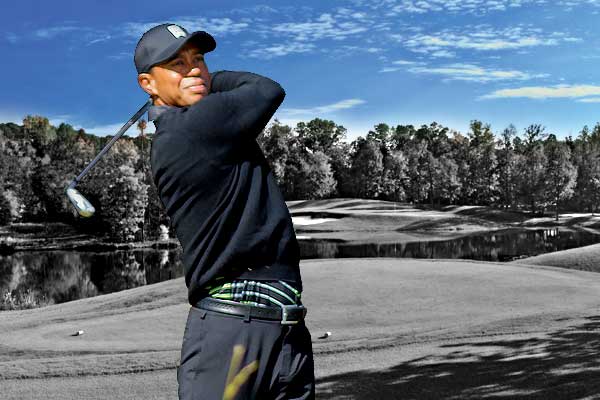 The final major of the 2014 season is edging closer and closer and while it’s fair to say most in the world of golf will be looking forwards to next week’s PGA Championship at Valhalla, we’re looking all the way back to the year 2000.

This was the last time this prestigious tournament was held here and if Valhalla version 2000 is anything to go by, we’re in for a cracker of a tournament next week.

Passing of the Torch

All eyes were on Tiger Woods at the 2000 PGA Championship. He had just won The Open Championship at St Andrews by eight shots and that victory had been preceded by his 15 shot win at the US Open at Pebble Beach. 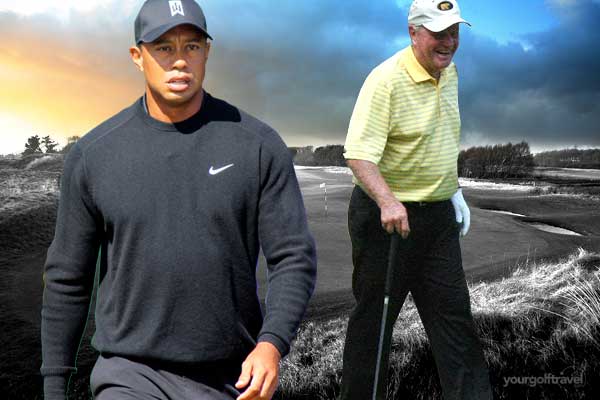 Clearly, Tiger had cemented his position as the game’s pre-eminent player and for the first two rounds, he was paired with Jack Nicklaus, who was competing in his last ever PGA Championship. The old master paired with the pretender to his throne was a symbolic passing of the torch.

As he had done at The Open Championship earlier that same year, Jack Nicklaus had announced that this would be his last ever PGA Championship and, just as he did at St Andrews, he bowed out in a style befitting his legendary status in the game with a birdie on his final hole.

With Nicklaus gone, it was over to Tom Watson to fly the flag for the more seasoned section of the field. A stunning round of 65 on the Saturday proved to everyone that Tom was certainly still nifty at fifty and could still hang with the youngsters at the top of the game.

Another nugget for the history books at Valhalla in 2000.

After the 1st three rounds, Tiger was ahead by one and being chased by relative unknowns in the shape of Scott Dunlap, JP Hayes and Bob May. It was however May who would be paired with Woods in the final round and while May was clearly playing well, many were expecting an easy win for Tiger.

May’s refusal to back down and willingness to take the fight to Tiger was as refreshing as it was unexpected and let’s be honest here; it was nice to see Tiger have to work for ONE of his majors in 2000! Also…everyone loves an underdog.

Trailing Tiger by one overnight, Bob May had caught Woods within nine holes, setting up one of the best back nine battles in major championship history.

A quick look back at Bob May vs Tiger on PGA Championship Sunday, 2000…apologies in advance for the questionable music!

Understandably, players are often effected by the tension of coming down the stretch in a major but both Woods and May continued to play stellar golf, trading blows over the final nine holes to shoot 31 a piece including clutch birdie putts on the 72nd green, resulting in a dramatic playoff.

Originally, the PGA of America used an 18 hole Monday playoff to decide the PGA Championship when players were tied through 72 holes. They then switched to a sudden death playoff which was last used in 1996 before switching to the three hole aggregate playoff for the 2000 tournament.

Thank goodness they did as the playoff required to separate Woods and May was amazing entertainment!

It didn’t take long for Tiger to land the 1st blow in the playoff and his birdie at the 1st extra hole was one of the most memorable in his career.

Woods had a putt of about 25 feet and with a least 10 feet of roll left; Tiger knew it was good and ran in into the hole, pointing at the hole with certainty as he went. Sometimes the early walk can come back to bit you in the butt, but not this time!

In addition to Jose Maria Olazabal’s scorching 63 on the Saturday, another scoring record went down at the 2000 PGA Championship. Tiger’s and May’s 72 hole total of -18 was the lowest in relation to par in the history of the event. The fact that May shot such a score and still lost is testament to how bloody good Tiger was around the turn of the Millennium!

Leg 3 of The Tiger Slam

Simply winning multiple majors during the lifespan of a professional golf career puts you in some pretty elite company so when a player wins back to back majors, the golf world sits up and pays attention.

Of course, winning the 2000 PGA Championship made it three in a row for Tiger, and that feat has only been achieved in the modern era by one other player, the legendary Ben Hogan.

With history in the making, the tournament had a special electricity in the air and Tiger’s opening round of 66, which put him in an early share of the lead, simply heightened onlooker’s expectations throughout the tournament.

Had Bob May emerged victorious rather than Tiger, the Tiger Slam, one of the most amazing feats ever achieved in golf, would never have happened.