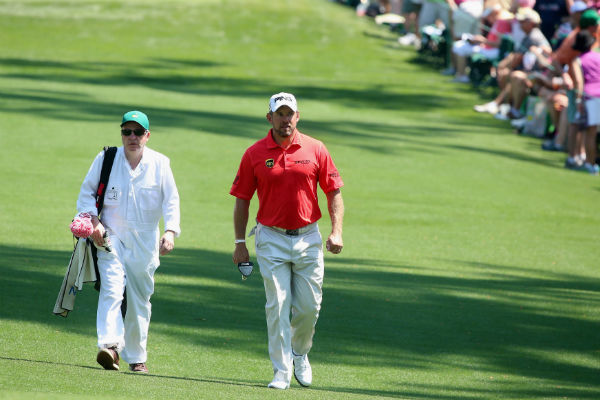 Lee Westwood is confident of winning The Masters

By Richard ForresterApril 9, 2015No Comments

Lee Westwood was set to begin his 16th Masters on Thursday with the ambition of turning a superb recent record into a first major title.

Westwood has not finished outside the top 11 on his last five visits to Augusta National, most notably finishing 13 under par in finishing second to Phil Mickelson in 2010.

That total would have been good enough to win comfortably in each of the last three years and the 41-year-old understandably sees no reason to change his game plan this week.

“I think my worst has been 11th in the last five years and I had a couple of other chances before that,” Westwood told Press Association Sport. “I like Augusta and feel very comfortable here. It’s a golf course I enjoy playing and can see my way around it.

“I feel like I have had a pretty good game plan, it’s just a case of how well I have hit the ball and limiting the bad shots and trying to make as many putts as possible. You have to miss it in the right spots round here and over the last few years I’ve managed to do that.

“You have to try and stay relaxed and enjoy it. The Masters is a wonderful experience and you don’t know how many times you are going to get to play. Luckily this is my 16th but each time you come back you try to enjoy it as much as possible because you never know when you’re going to come back.

“My first experience was 1997 and I remember being here very early the Friday before just trying to take it all in. I managed to play with Jack Nicklaus in the final round which was obviously very special.

“I managed to finish top 24 to get back the next year. That was my main goal but I’ll try do a little better than that this week.”

Westwood missed the cut in the Houston Open last week, but was two under par after consecutive rounds of 71 and added: “I played all right, just did not really make enough putts. The greens were immaculate and that’s why the cut was four under par. It was a bit of a deceptive missed cut really.”

MORE: Day One at The Masters: Brit watch