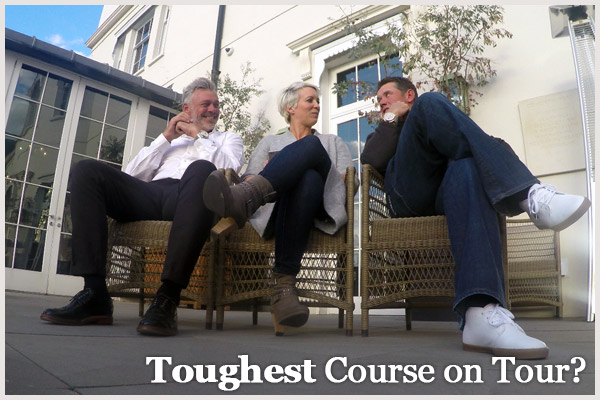 Wentworth named the hardest test on tour according to Clarke & Westwood

The world of professional golf takes in some of the sunniest and most spectacular pieces of real estate across the globe but it is the West Course at Wentworth which provides the toughest test according to Darren Clarke and Lee Westwood.

[quote]“…this week’s pretty hard with the wind blowing and the greens firming up”. [/quote]

Westwood, who claimed victory in the 2000 World Match Play on the West Course, concurred with Clarke’s comments saying
[quote]“…I’d agree with that, this is no easy course anymore, you used to stand there and look at it and think you could shoot 65 or 64 round here in the olden days…” [/quote]

To which Clarke added jovially “…now you do that after 15 holes!”

The original Harry Colt layout has been altered since opening in 1926, taking on the design advice of former Wentworth resident, Ernie Els. Els’ design saw the course length increase by more than 300 yards with new tees and bunkers added to the course.

Despite these changes, scoring has still been buoyant during the BMW PGA Championship with World Number 1 Rory McIlroy claiming a 1-shot victory in 2014 with a 72-hole total of -14. Whilst this is still 5 shots off the record -19 set by Scott Drummond in 2005, there are still scoring opportunities for those who can master this picturesque parkland layout as evidently seen by Thomas Bjorn’s course record equalling 62 to open the tournament in 2014.