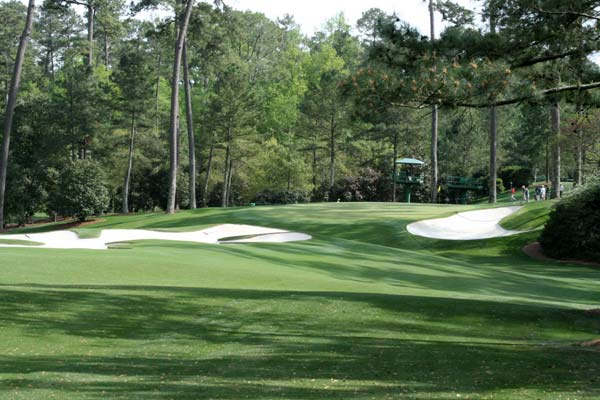 Although The Masters can boast less history than the other three professional major championships – started in 1934, the 1st major of the year is much younger than its three historic counterparts – it is arguably the most iconic of the lot.

An annual return to Augusta National sets it apart from the other three which alternate between a select few venues and from the Green Jacket to Hogan’s Bridge on the par 3 12th, there are countless iconic landmarks and indeed moments of history – think Jack Nickaus’ back nine charge in 1986, Greg Norman’s 1996 collapse against Nick Faldo and Tiger’s barnstorming win in 1997 – associated with The Masters Tournament.

You can learn more about The Masters icons by having a look at our Masters A to Z but in 2014, one of the famous landmarks that have long adorned Augusta National will no longer be with us.

Following a brutal ice storm that hit Georgia recently – the weather caused power outages in the South East United States and damaged trees, most notably at Augusta – the Eisenhower Tree which has long given players much to ponder when they arrive on the 17th tee , regrettably had to be removed from the course. Augusta chairman Billy Payne confirmed that the giant loblolly pine thought to be between 110 and 125 years old, had been pulled down over the weekend.

“The loss of the Eisenhower Tree is difficult news to accept,” Payne said. “We obtained opinions from the best arborists available and, unfortunately, were advised that no recovery was possible.”

The tree was named after the 34th President of the United States, Dwight D Eisenhower, and was situated 210 yards from the tee on the left side of the 17th hole, forcing players to shape their tee shots in order to avoid clattering into the overhanging branches.

“It made for a very narrow tee shot. You either had to go up over it or around it,” said former Open Champion David Duval of the Eisenhower Tree.

Not just an aesthetic part of the course, Ike’s Tree even gave Jack Nicklaus – a six-time Masters Champion – cause for concern when he used to tee it up at Augusta.

The Golden Bear said: “I hit it so many times over the years that I don’t care to comment on the names I called myself and the names I might have called the tree. Ike’s Tree was a kind choice. But looking back, Ike’s Tree will be greatly missed.”

The disappointing loss of the famed pine, however, was the only significant setback at the course ahead of this year’s Masters.

“The golf course sustained no major damage otherwise,” Payne said of the weather that hit Augusta.

While the rest of the course is intact, the loss of an iconic part of the course presents a potential problem in the build up to The Masters. With the loss of Ike’s Tree, the tee shots is far more straight forward now and with the best players in the world set to take to the fairways in a couple of month’s time, the club have not failed to realise the potential significance of the tree’s departure.

“We have begun deliberations of the best way to address the future of the 17th hole and to pay tribute to his iconic symbol of our history. Rest assured, we will do both appropriately,” said Billy Payne.

Ironically, the very man who the tree was named after tried his damndest to get the tree cut down in the mid fifties. Eisenhower, who was fanatical about The Masters and was also a member at Augusta National, hit the tree so often from the tee while playing the course himself that he petitioned to have it cut down in 1956, only to have the request rejected by then Chairman Cliff Roberts.

Thanks to the severe weather that hit Georgia, it seems Ike finally got his way…