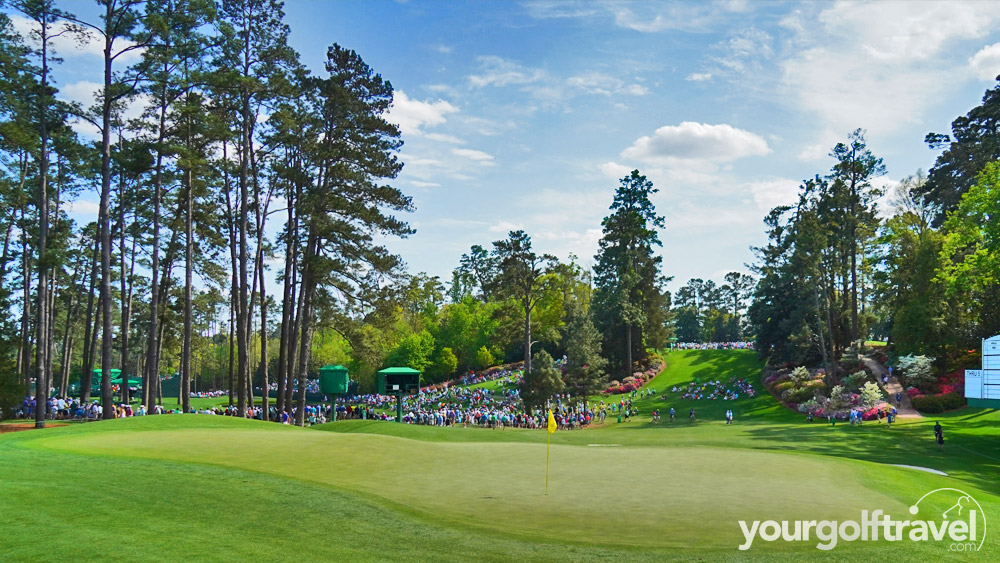 Definitive Guide to The Masters

The Masters is traditionally the first major of the year and we are all getting giddy with excitement. Looking back on the glory from the last few years (Yes Tiger!) but also towards the new talent aiming to add a Major to their achievements. While we watch re-runs on TV of players that have graced the game it whets our appetite for what is to come and the hype for the Tournament starts now.

Here’s the definitive guide to the 2021 Masters.

First things first, the Masters will be held from Thursday the 8th of April until Sunday the 11th. As you probably already know, that means that build-up coverage will start on Monday the 5th of April as players start to arrive at Augusta National to get ‘Masters-ready’.

This is when we will see the players who managed to qualify working on learning any changes to the course and playing to areas of greens that they think the flags will be placed. We also start to get press conferences. These events are a chance to hear a bit more from the players and get some insight into their thoughts.

On Tuesday night we have the Champions Dinner. This isn’t something that we in the general public get to see but it is a huge tradition during Masters Week. This year Dustin Johnson is in charge, the defending champion chooses the menu, and we hear that Fillet Mignon and Sea Bass are on the cards, you could call it Surf ‘n’ Turf. These dinners must be incredible evenings as anyone who has won a Masters Tournament is welcome. This is a meeting of true golf royalty, the stories that go around that table must be incredible.

Another very important date to add to your diary would have been Wednesday the 7th of April, the famous par 3 contest. As you probably know, because we are always reminded, no one has ever won the par 3 event then gone on to win the Masters. The event is not taking place this year but we look forward to it returning in 2022. The event is a great spectacle as players have a lot of fun and you can watch guys like Jack Nicklaus and Gary Player competing.

On Thursday we start. The ceremonial tee shot will take place on the crisp Georgia morning and the 2021 edition of the Masters Tournament will begin. After Friday, the cut will shrink the field. At the Masters they use the ten-shot rule or the top-fifty and ties. Just so you can try to work out who is in danger as you watch it. It is always said that the Masters doesn’t truly begin until the back nine on Sunday. This may be the case in many ways but surely you want to see all of the build-up to that point.

In 2020 the coverage of the Masters had a big change, it was the first time that the BBC had no live coverage at all. Gone are the days of the soothing tones of Peter Alliss. Sky Sports will be providing all of the live coverage this year. Whilst the BBC will provide radio coverage and a highlights package, Nick Dougherty, Radar and the rest of the Sky Sports Golf team will be taking you through the action as it happens.

Check out our guide on how to prepare to for The Masters if you are watching it from home.

It has to be said that, over recent years, Sky Sports have created an incredible production with major championship golf. Their Masters coverage is excellent. You can even enjoy their Masters Breakfast show that recaps the previous day’s action and builds for the day ahead. All of the action will be on Sky Sports Main Event and Sky Sports Masters, the full schedule for the coverage is yet to be released.

Augusta National has a very strict rule about mobile phones, they aren’t allowed in most areas of the club. They do, however, have one of the most incredible media centres in sports. This is the nerve-centre for the week and our lifeline as golf fans so we can stay up to date with the tournament. The beauty of social media is that it is faster and more raw than live TV. These accounts can give you that ‘inside the ropes’ feel.

The Masters accounts are an absolute must, they have some of the most incredible images and insights into this great week. You can find them on Instagram (@themasters) and on Twitter (@themasters).

Another incredible account for images of the tournament and the grounds of Augusta National is that of Christian Hafer. This guy is a wizard with the camera and some of the moments he captured at last year’s tournament were nothing short of stunning. You can get him on Instagram (@hafe_life).

For insights during the week then Michael Collins (@ESPNCaddie on Twitter) is great. He’s always good for an interview or doing things he probably shouldn’t be doing. For more serious insights and in-depth analysis then Alan Shipnuck is your man (@alanshipnuck on Twitter). He is a golf writer with decades of experience and will keep you in the know during the build-up and throughout the week.

You could also follow the big brands like Titleist, Scotty Cameron, Callaway, TaylorMade etc. They will give you a look from the range and the tour truck during Masters Week. It’s always fascinating to hear and see the kind of tweaks players are making to their bag for Augusta National. This is a great way to learn more about what these guys think about in the build-up too.

One thing we all want to see is a ‘player’s-eye view’ of the tournament though. What player accounts should you be following for the best inside look at Masters Week? Rory McIlory (@McIlroyRory on Instagram) is a great start. Not only is his content usually excellent, but the Masters is the only major that Rory doesn’t have so it’s always interesting to follow his progress at Augusta.

Another great Masters account is Bubba Watson (@bubbawatson) his content is a little more raw and less polished than Rory’s. Bubba, as you probably know, is a former Masters champion so this is always a big week for him.

Other great accounts to have a look at are those of Ian Poulter, Justin Thomas and Rickie Fowler. Poults has been on social media for a while and doesn’t hold back on opinions, as you can imagine. The other two guys there are great online and rocketed to social media fame through their trip to Baker’s Bay in the Bahamas. Smash those follow buttons and make sure that you have alerts on so you can see as soon as they post.

So, now that you’ve got the TV schedule sorted and you’re following the right accounts, it’s time to talk about the tournament itself. Will Dustin Johnson become only the fourth man to retain the title and will we see yet another record score? It’s really going to be hard to beat 2019, that was one of the best in a while. The comeback of Tiger was an incredibly special golfing moment.

We’ve mentioned it already but Rory is going to be one to watch this year. He must get bored of the stories at this time of year. Everyone is asking if this one will be his year. Well, it’s been a slow start to the season and he’s now outside the World Top 10. He finished in the top 5 last year and secured a WGC title in 2019. It would be great to see Rory win and complete the career grand slam.

Another big name that has never put on a green jacket is Brooks Koepka. One of the coolest guys in golf at the moment, no doubt his press conferences at the Masters will be entertaining. It’s been a strong start to the year for the Floridian, winning the Waste Management Phoenix Open and finishing second to Collin Morikawa at the WGC. He has a special gear reserved for major championships and we’re yet to see it this year. He’s an unknown quantity at this point but if he gets it going then he’s really tough to beat. He had his best ever Masters in 2019 finishing T2 and was just behind Rory last year, watch out for BK.

Spaniards love Augusta National on Masters Week. Over the years we have seen wins from Seve (the first European to win a Masters), Jose Maria Olazabal and Sergio Garcia. Well surely it is just a matter of time before another name gets added to that list, Jon Rahm. Currently number three in the world, Rahm has multiple top-five finishes this season and finished level with Koepka last year. He and Rory have huge momentum coming into this year’s Masters. As does Patrick Reed, but I don’t think many would like to see him in another green jacket.

That’s some of the biggest names to look out for this year. Who are the other guys in the field that are worth a look though?

Jordan Spieth is one of the most successful Masters players in recent years and someone who loves the greens at Augusta. He has had a good start to the season this year with a win and multiple Top-5 finishes. You never know with him around this place though. Another form player right now and someone you should consider is Patrick Cantlay. The young American finished in the top-ten at the Masters in 2019 and is playing some great golf right now. His first major is due, could this be his breakout year?

It’s nearly here and, if you haven’t already done it, you should make sure your diary is cleared for that weekend. The best thing about the Masters is that it gets you even more excited to play you own course again. You could even squeeze in a round at an Augusta lookalike course to whet your appetite. We will witness another chapter of golfing history being written and, given what DJ did last year, you have to feel that it could be yet another record breaking performance.

Our annual hankering for pure white sand, dazzling pink azaleas and pristinely prepared greens will soon be satisfied. We marvel at the footage of the ground crew in their choreographed lawnmowers ensuring the course is as perfect as a piece of land can be as the sun is setting.

The stop at Augusta National is one of the best fixtures of the golfing schedule and the tradition of the Masters is a joy to watch every year. Without doubt, this is a very special tournament and to be a Masters Champion must be the most incredible feeling. To whoever takes the prize this year, congratulations.