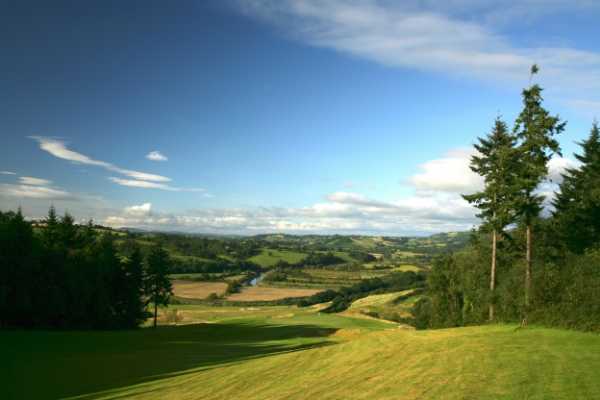 The championship course was put in front of the world’s eyes as Europe clinched a late victory in Newport, creating Ryder Cup history and thus making it a hotspot amongst UK golfers.

However beyond the main attraction, there are two more courses which deserve recognition without comparison; the Roman Road Course & Montgomerie Course at Celtic Manor both display unique championship qualities in abundance.

Get to know these two courses below and if you like what you see, you could play there for free in our Celtic Manor Giveaway!

When it opened in 1995, the Roman Road Course at Celtic Manor was the only chance for visiting golfers to hit the fairways at the famed resort.

It has since gained championship experience from hosting the Welsh Open on various occasions and is a seriously impressive resort course.

This course is a real testament to Celtic Manor’s dedication to maintaining an unrivalled 5* experience for visitors, both on and off the course; expect manicured fairways, fast greens and modern facilities.

Unlike the 2010 course, length isn’t a strong feature of Roman Road’s weaponry, with those playing off the whites facing 6,515 yards and just 6,039 from the yellows. However this doesn’t mean you can rock up, smash a driver 300 yards and make easy birdies…I think. The hilly terrain creates some pretty drastic elevation changes which are in play right up until the greens, which themselves are often sloping away to make you think that much more.

The Roman Road isn’t renowned for its shorter holes, but the set of par-3s are impressive and while gifting a welcome break from the longer holes, will require every ounce of concentration; the 206 yard 11th hole is a particularly demanding one with a green surrounded by punishing rough and bunkers.

With one named after a date, the other from a road, the third course at Celtic Manor pays homage to a golfer with a long standing affiliation with the resort, Colin Montgomerie.

In 2007 his redesign gave this course a new lease of life and showed that Monty is a magician in both playing and designing.

The Montgomerie Course is a favourite amongst visiting golfers; the challenge extends beyond distance off the tee and you’ll need some a soft touch around the greens to score well.

If you thought the Roman Road was testing on the legs, then the Montgomerie will be a shock to the system, despite measuring roughly 300 yards shorter; you may want to consider a buggy for this round.

Severe undulations and thick rough are enough to tempt you to take a club up and ensure you’re on target rather than 30 yards deeper into trouble. Whatever strategy you implement, this magnificent Monty course has a recipe for exciting golf!

The par-5 3rd hole is by far and away the standout hole on the course, perfectly epitomising the ‘severe undulations’, plunging 609 yards downhill. On your way to the green you’ll be awarded with spectacular views over the Twenty Ten course and Usk Valley, before heading down between the pines.

Whether you’ve been to Celtic Manor before or simply crave some championship golf in North Wales, today could be your lucky day. To celebrate these amazing courses we are giving away an incredible prize which includes: