It’s British Masters week of course and you’re there with Sky Sports. You’ve got a bit of history with the tournament, playing 9 times, what are your memories of playing at courses like Woburn, Forest of Arden & The Belfry.

Well, The British Masters was the very first tournament I ever played as an amateur. I was 16 years old and got an invitation; I made an 8 on my very first hole of my very first European Tour event and the head fell off my driver that round, too.

Things looked up after that, I shot 70 the next day, didn’t make the cut but I did beat Seve [Ballesteros], which is a nice memory.

It’s just been a great tournament which I’ve always enjoyed, it’s not even one I’ve really threatened to win but I’ve always enjoyed the enormous pleasure of playing in front of your home fans. There aren’t a huge amount of them [British tournaments] and the British Masters wasn’t around for a long time and it’s really good to see it back again now.

Of course in 2007, our man Lee Westwood won at The Belfry, how do you fancy his chances this week?

Lee Westwood plays less these days but he looks every bit as good and you can tell he’s in a really good place right now. He’s been around for a long time so maintaining the enthusiasm for what he does is one of the toughest challenges but he definitely has that.

The win at Nedbank was obviously so important to him, and to see himself do that in a really strong field last year will have renewed his passion; he has 24 wins and isn’t done yet.

With the talent he has on a course like this [Hillside] which requires creativity, and his experience of links golf, why couldn’t he challenge?

Lee also hosted in 2017 at Close House, what do you make of the format of having players host this tournament? It seems to have reignited it given its drop out of the schedule for some time.

I think it’s a really good idea, it’s great to celebrate our great players who have done so much for British golf and have grown the game over the years. Most of the younger golfers playing this week will have seen people like Lee winning tournaments. Tommy is a continuation of this and it’s a nice thing for the hosts to have the honour of having their name next to the tournament and get an insight into how these events come together on the European Tour. 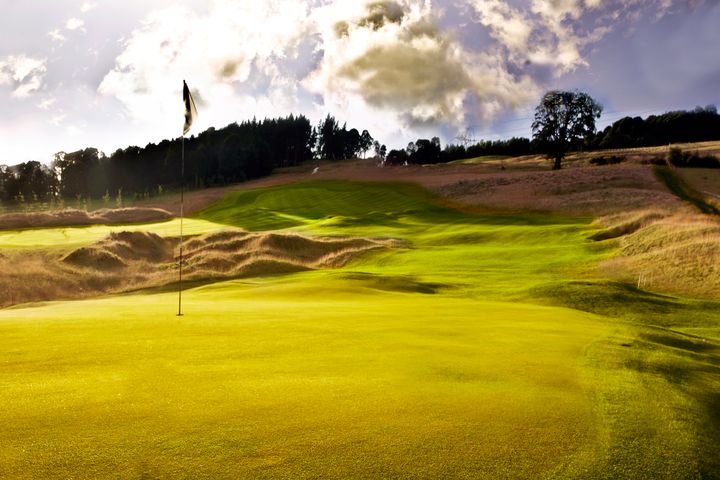 This year it's Tommy Fleetwood hosting at Hillside, what are your thoughts on the course? What can the players expect?

It’s a fantastic course - I’m from this area so know it well - it’s England’s golf coast and for me, the best run of links courses in England.

Sometimes it’s in the shadow of Royal Birkdale, because of its 10 Open Championships, but it’s every bit as beautiful. It’s an absolute gem and even Greg Norman said it has the ‘best back nine in Britain’, which tells you just how impressive this golf course is.

It’s also a great test for the pros and they’ve made some recent changes, including adding some length to the 18th hole to make it a more challenging, and interesting, final hole for the championship.

The players can expect some quality fans, huge galleries and really passionate golf fans, who are out in force despite some quite dreary weather.

And we’ve all seen your new #TeeTimeTips series, if you could give amateur golfers advice on playing, what would it be?

We spend so much time thinking about how we can play the game better, making swing adjustments or hitting our drivers further or our irons straighter. Actually, so much of the secret in lowering your score, especially at a course like Hillside, is focusing on course strategy and management, getting round the golf course.

I think it’s important to plan and know how far you hit your clubs to find the big parts of the fairway; a big defence of Hillside Golf Club are the pot bunkers, if you avoid those you’ll do alright.

Try not to always go for the hero shots, it’s not necessary to use a driver on every hole and use all your clubs to gain confidence and build momentum round the course.

Of course, golfers heading to Hillside will want to test out other courses in and around Southport - what courses would you recommend?

Everyone is aware of Royal Birkdale’s pedigree, hosting 10 Open Championships and it really is a brute of a golf course, once the wind gets blowing round there, you’ll struggle to find many harder.

It’s a course which holds so many iconic memories, including Nicklaus’ concession to Tony Jacklin in the 1969 Ryder Cup and Justin Rose holing out on the 18th in 1998, marking the start of his glittering career.

Formby is truly unique, it features lots of trees from the pine forest with rolling terrains; for me, you’ll struggle to find a more beautiful golf course.

Also around the around the area you have great layouts in Hesketh, West Lancashire and Southport & Ainsdale, which of course hosted two Ryder Cups.

You really are spoilt for choice and if you’re coming here to play, you could easily end up with a week’s worth of golf, playing world class links golf every day, without being in a car for more than 10 minutes. 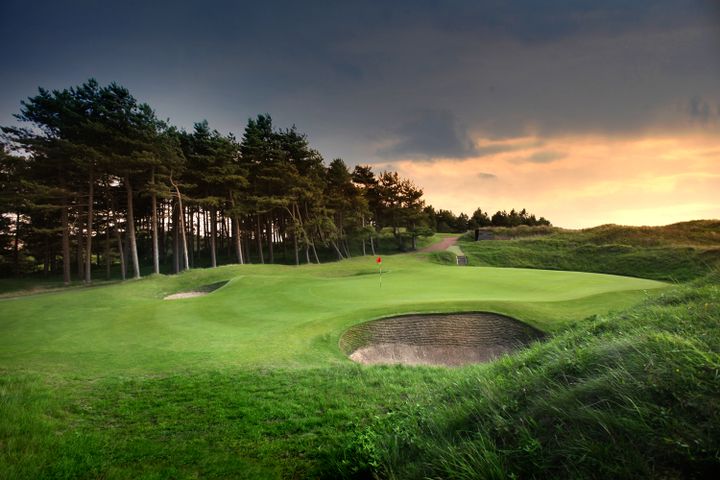 So there is an abundance of quality golf courses to keep you busy, but what about away from the fairways?

Yeah, there’s loads to do. Southport is only 20 miles North of the city of Liverpool, a place with a rich history and culture, especially in sport and music.

Southport itself is like a throwback seaside town and has wonderful food; when you’re by the coast, there are so many great fish and chip shops. One of my favourite childhood memories is heading down to Ainsdale beach, eating some fish and chips and hitting some balls off the sand!

One of my favourite places to stay is The Vincent; it serves unbelievable sushi and is just perfect for a golf break in Southport - I’ve also heard great things about the Bliss Hotel Southport too, which is just down the road.

Looking to the future, which courses or which player would you like to see host the British Masters?

I think we’ve done a great job so far in celebrating British golf, but for me, I’d like to see us showcase some more links and heathland course; that’s what we do best.

The last three tournaments have been in England, so I’d also like to see the British Masters travel around the UK; we need to go to Scotland and Wales. There are some incredible links courses there and why couldn’t players like Steven Gallacher or Jamie Donaldson host.

The players so far have been fantastic and Tommy [Fleetwood] fits the mould perfectly; in the future there’s no reason why we can’t see some repeat hosts.

Wentworth is the shining light on the European Tour down in Surrey, so lets travel around a little more for the British Masters and give some new courses and players a stage.

So, this year, Eddie Pepperell defending, Tommy Fleetwood at home & already a bunch of players attacking the leaderboard, can you pick a winner?

It’s an unfortunate week for the British Masters to fall on, because with the PGA Championship next week at Bethpage State; links golf probably isn’t the best preparation.

However, the field is still strong and it provides a lot of younger players to make a name for themselves. Obviously Matthew Jordan made a storming start on Thursday and Matt Wallace is up there too.

But if I had to go out on a limb, I’d go with Tommy Fleetwood. He’s favourite for a reason, the highest ranked player out there and the type of man who will relish the spotlight.

We understand that everything feels a little unpredictable at the moment, so our Flexibility Guarantee means that when you book a trip with us between 15th March and 31st October 2020, if you need to move your trip we won't charge you a fee to change the dates. We can also provide you with a travel credit towards your next booking instead if you prefer.